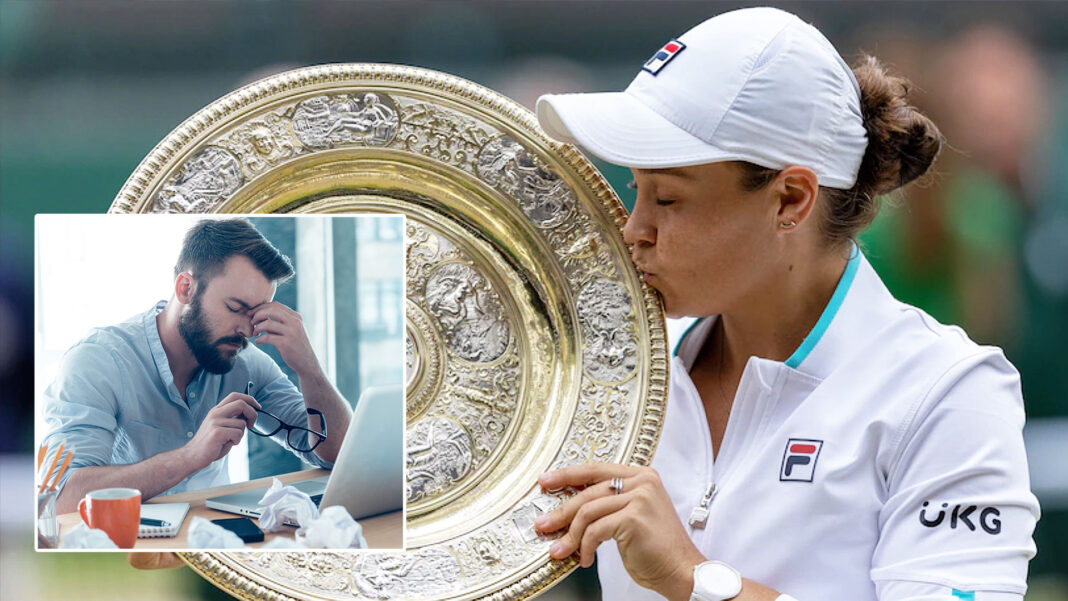 Months after winning the Australian Open, she’s shocked the tennis world by making the decision to retire from the sport at just 25 years old.

“She’s the best in the world, she’s won 23 million dollars in prize money, and yet she promises fortune and fame won’t ever change her,” says DBT writer Joel Hellings.

“There’s not much I can do with that.”

Elsewhere on the Australian tennis circuit, satire writers have been spoilt for headline opportunities thanks to Nick Kyrgios and Bernard Tomic.

“But Ash Barty never complained about umpires, or threw or racquet in aggression,” says Joel Hellings.

“She’s so chilled and humble, it makes our job very difficult.”

“Maybe I’ll make a joke about her retiring at 25 years old, but having to wait 40 years to access her super?”