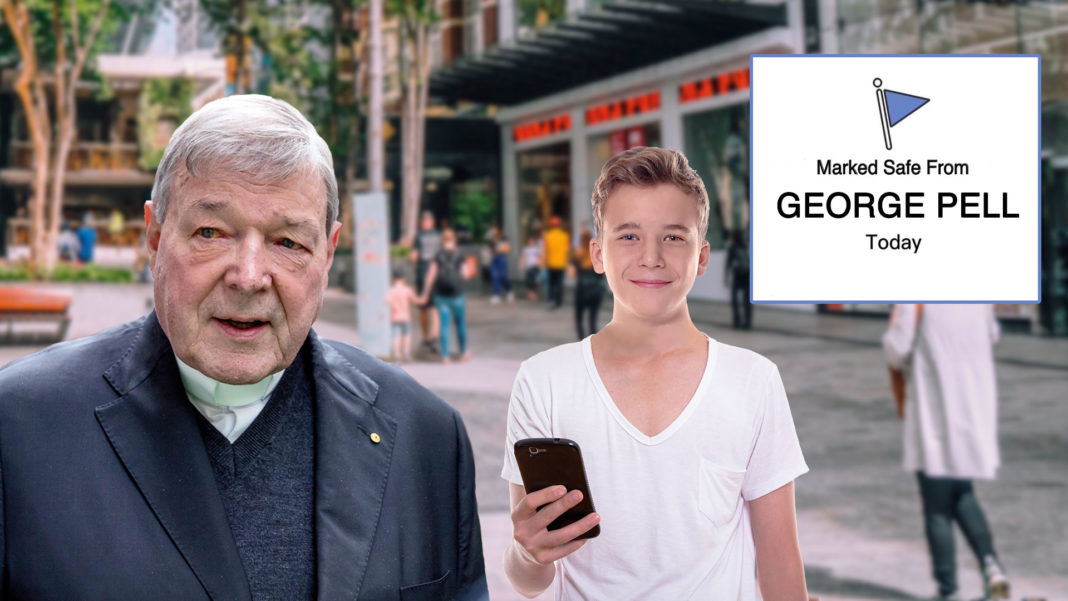 Concerns for the welfare of a 12 year old Victorian boy have eased this morning, after he marked himself as ‘safe’ on Facebook.

Friends and family of Henry Wilson were reportedly on high alert after he went into Geelong, the same Victorian city where George Pell was released from jail yesterday.

“All of a sudden I saw Pell in the street,” Henry Wilson told DBT. “It was pretty intense, but he basically just walked past me, so I marked myself safe on Facebook.”

Despite that, Facebook says at least nine of its users have so far marked themselves as safe from George Pell in the last 24 hours.

“Lots of people here in Geelong who are worried,” says Henry Wilson. “I know people who won’t even go out for essential exercise or grocery shopping.”