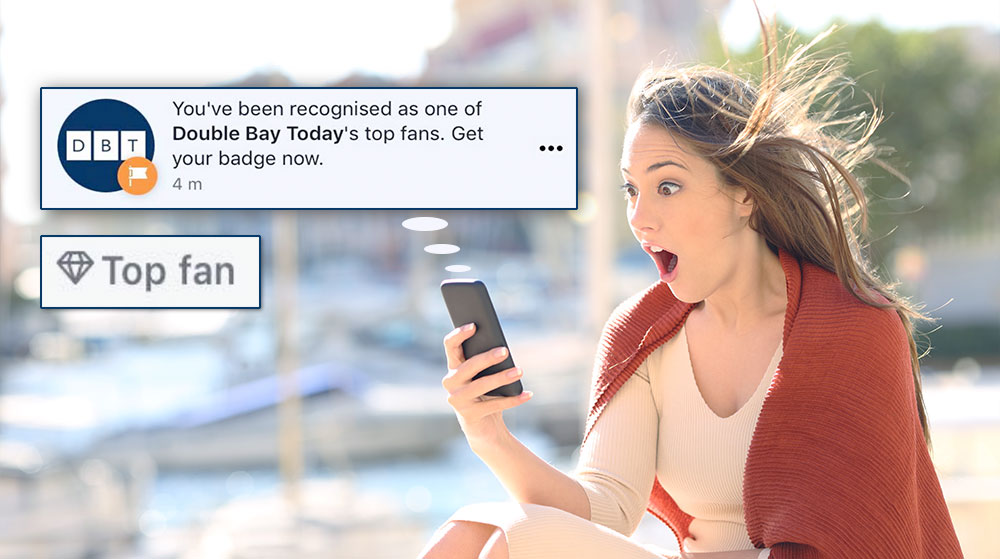 A Sydney woman says she’s “overwhelmed with joy” after being recognised as a ‘Top Fan’ of a shitty Facebook page.

“OMG I can’t believe this is real,” says Jamie Fyfe. “It’s everything I’ve ever dreamed of.”

“To have formal acknowledgment means so much to me,” she says. “I’ll always wear my badge with pride and joy.”

Double Bay Today management say they’re excited to have Ms Fyfe on board as a top fan.

“We’ve been watching Jamie’s interaction with our page very closely and we felt the time was right to offer her top fan status,” says DBT editorial director Alex Green.

Jamie Fyfe admits she initially thought being a ‘top fan’ entitles you to some kind of special privileges.

“I thought it was kind of like getting in the VIP section of a club or festival. But no, it’s literally just a badge next to your name.”

“Honestly, I’m done. There is nothing left for me to achieve.”

Although she says she is potentially open to the talk show circuit and charity work.