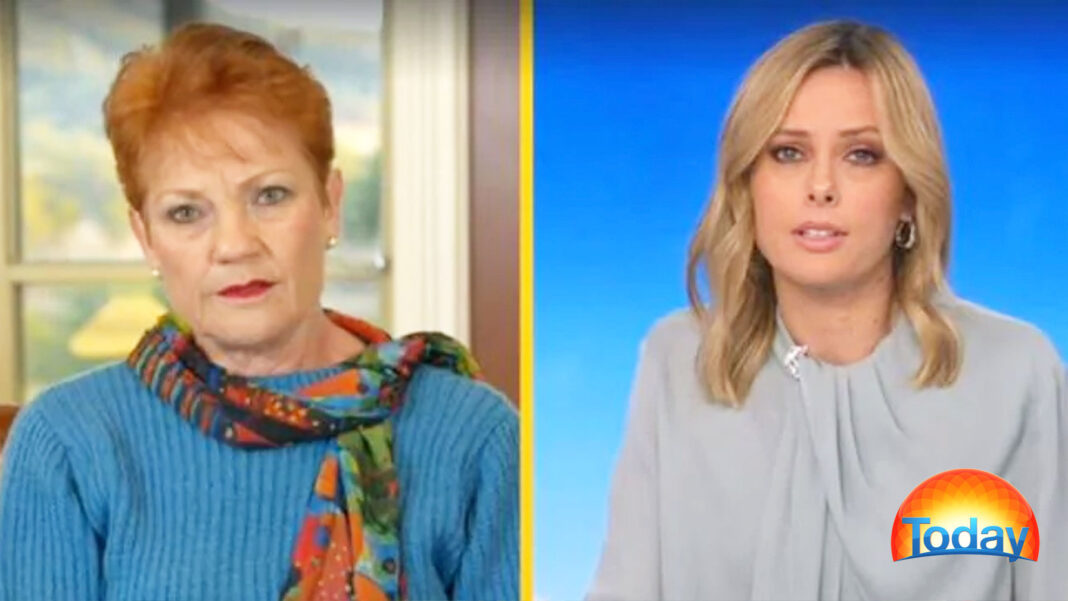 A poor excuse for a politician has been axed from appearing on a breakfast TV show that nobody watches.

Pauline Hanson was banned from The Today Show after she made offensive statements on air about residents trapped in nine Melbourne housing commission towers.

Media analysts say the ban will have little to no impact on anything.

“Nobody takes Pauline seriously,” says analyst Ken Liddle. “She’s only known by most Australians as ‘that super weird lady with red hair.'”

And he says the only people who actually watch breakfast TV are people in nursing homes who don’t know how to use the internet.

“All the news and info you could ever want is online these days,” says Ken Liddle. “So it’s hard to see why people would choose to sit passively being fed bullshit on Morning TV.”

Either way, he says, The Today Show should have barred Pauline Hanson years ago.

“Having her on the Today Show was Channel Nine’s last ditch effort to get ratings,” says Ken Liddle.

“But most people over 80 years old don’t know how to change the TV channel anyway.”