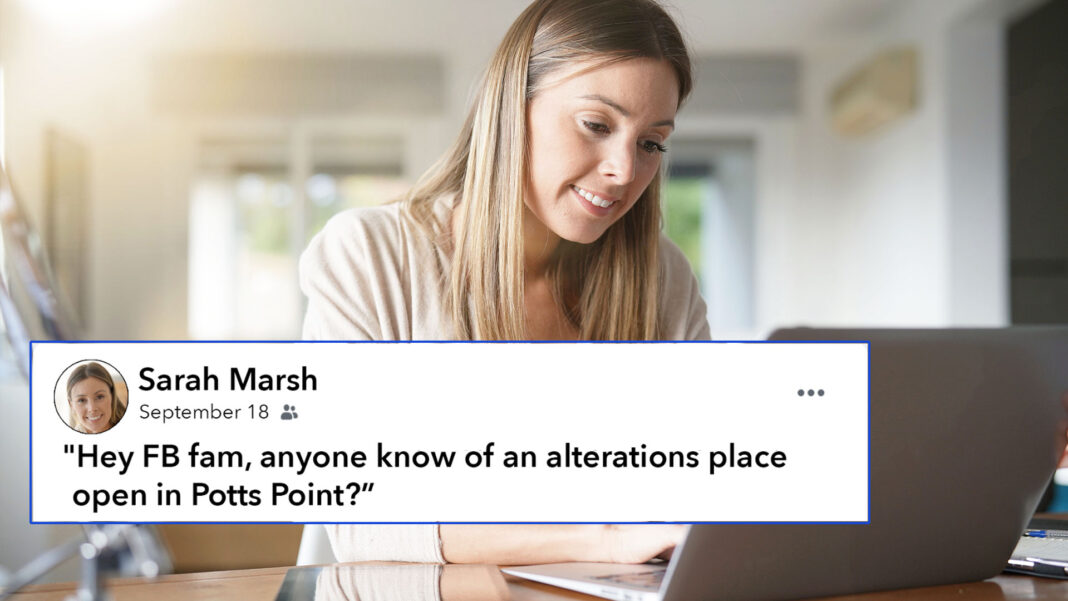 REACHING OUT: A Sydney woman is being accused of trying to drum up social activity, under the guise of asking for recommendations on Facebook.

But many of her 631 Facebook friends say she could have just Googled it.

“She’s reaching out hoping people will like and comment purely for social validation,” one of her friends told DBT. “It’s the oldest trick in the book.”

After three hours, Sarah Marsh’s status update has had mixed results, with only 1 like and 2 comments, including one saying; “just Google it.”

It remains unclear if she even has any clothes that need altering.