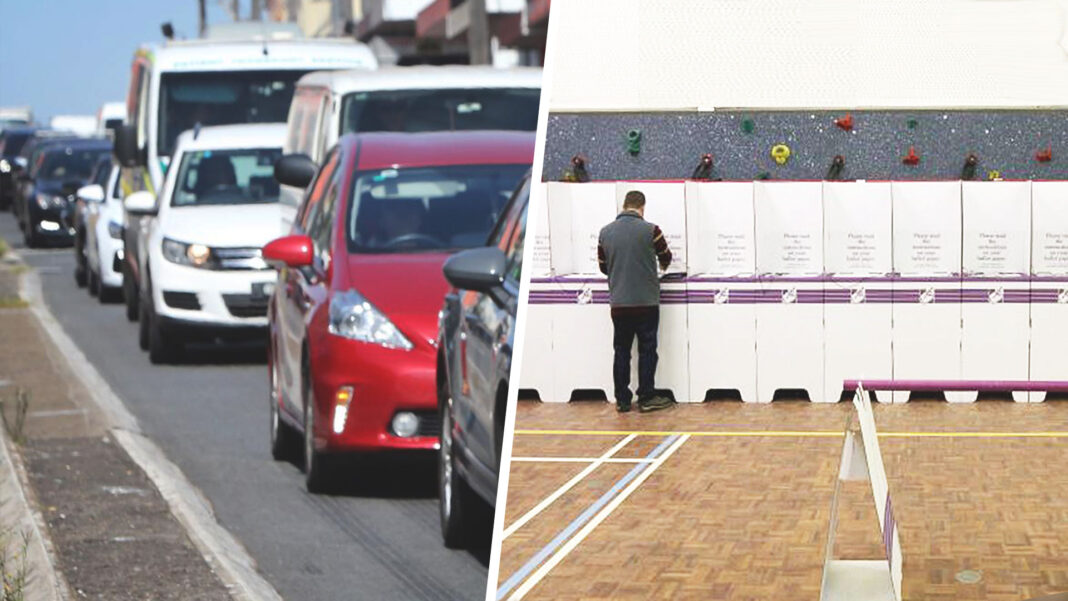 VOTER APATHY: Heavy traffic and a desperate lack of parking options in Sydney thanks to the city’s chronic  over development, is threatening to derail today’s council elections.

Sydney’s gridlock and sub-standard public transport system has meant that by 11.30am today, only 0.45% of the state’s population had managed to cast their vote.

“We are well behind schedule at this stage,” says election official Chris Gammat.

“A lot of commuters are simply giving up. They’re turning around and going home. Or they’re not leaving home in the first place.”

And they’ll have to pay a $55 fine for not voting.

“It took us 45 minutes to drive 5km’s to our nearest polling station. Then when we finally got there, we spent an hour looking for parking without any luck,” says Bondi woman Hannah Noels.

“It was either copping a parking fine, or a fine for not voting. We chose the latter.”

For the first time in Australian media history, Sydney’s Lord Mayor Clover Moore was not available for comment.