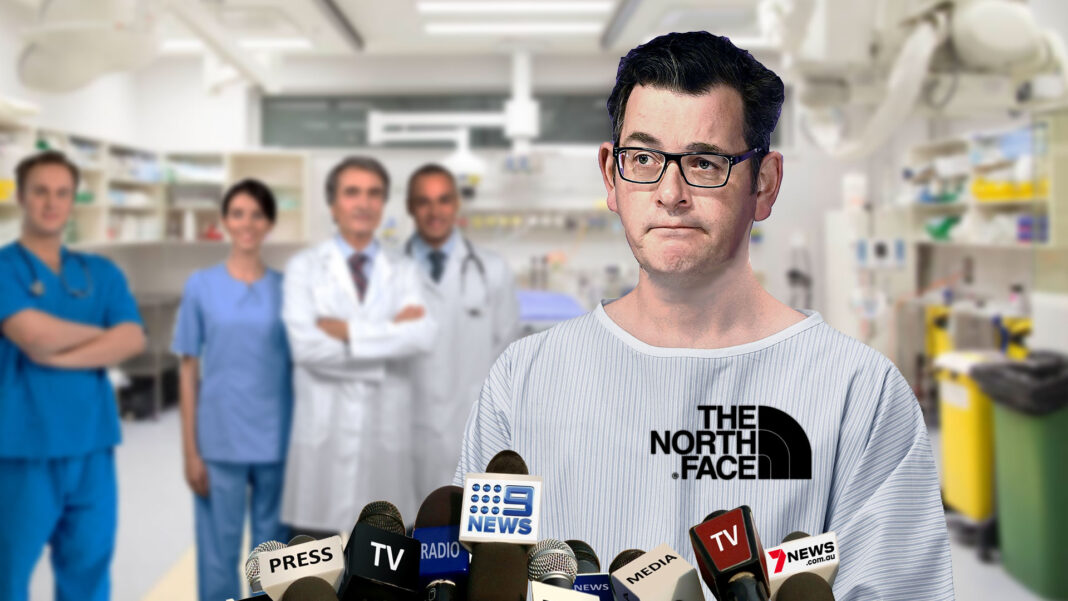 The Victorian Premier has worn a North Face branded hospital gown to his first press conference since being admitted to hospital after a fall on Tuesday.

“I’m pleased to announce my brand partnership with North face will continue for the duration of my hospital stay,” told reporters.

Mr Andrews remains in intensive care with rib fractures, but appears to have avoided the worst the worst-case scenario of spinal cord damage.

“The entire North Face team have been extremely supportive of me at this difficult time,” says The Premier.

It remains unclear how much Andrews’ sponsorship deal with the US outdoor adventure company is worth.

“Millions of eyes were focused on the Premier as he attempted to find a way out of the pandemic, now we are we’re all watching his again has he recovers from his fall.”

Andrews says he’ll switch from his North face hospital gown to his regular North face jacket when he leaves hospital in a few days.