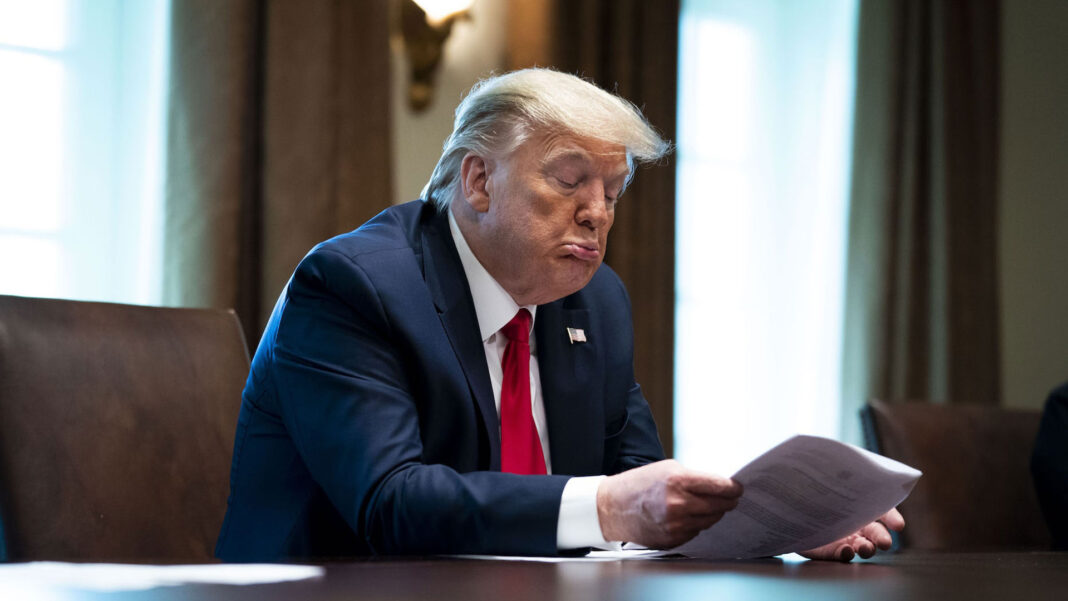 The US President’s bid for four more years in the White House received a sharp but short-lived boost today.

In the oval office, Donald Trump read the latest presidential polls as showing him with a 81% approval rating.

“I knew winning this election would be easy,” he told his staff. “But I didn’t think it would be this easy.”

But White House insiders later told DBT the President was holding the approval figures upside down, leading to the mistake.

“We didn’t want to ruin the moment for him, so we decided against telling him that his actual approval rating is actually 18%,” says Trump’s media advisor Kayleigh McEnany.

With just 1 week to go until Americans cast their votes, the President says he’s now focused on winning the support of those who don’t approve of him.

“I don’t understand what is wrong with this people,” he says. “I’m just glad there aren’t too many of them.”