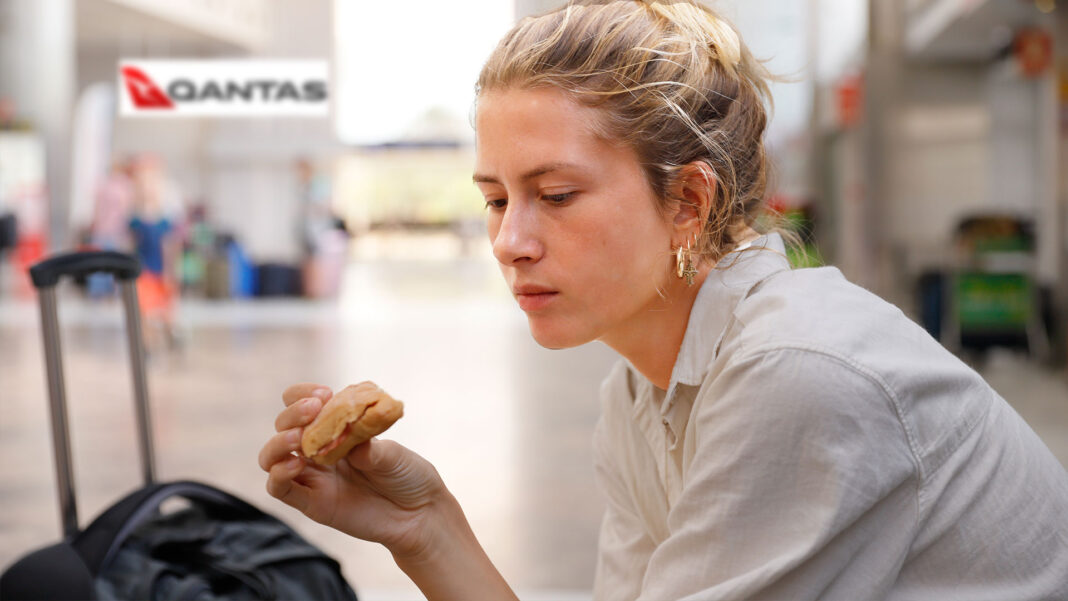 DON’T SPEND IT ALL AT ONCE: Qantas’ attempt to apologise to passengers for months of travel chaos has failed miserably, according to one Sydney woman.

This morning Nikki James spent most of her $50 voucher on a pre-packaged sandwich purchased at Sydney’s international airport.

“I planned to eat on my flight, but so far it’s been delayed two hours, so I got really hungry,” she told DBT.

She says the sandwich set her back a whopping $39.

“It was like one of those sandwiches you can buy at service stations, but this one was slightly soggy,” she says. “And it was 3 days past its expiry date.”

Ms James says she wanted to buy a coffee also.

“But coffee at the airport cost about $16 each and my voucher didn’t stretch that far unfortunately.”