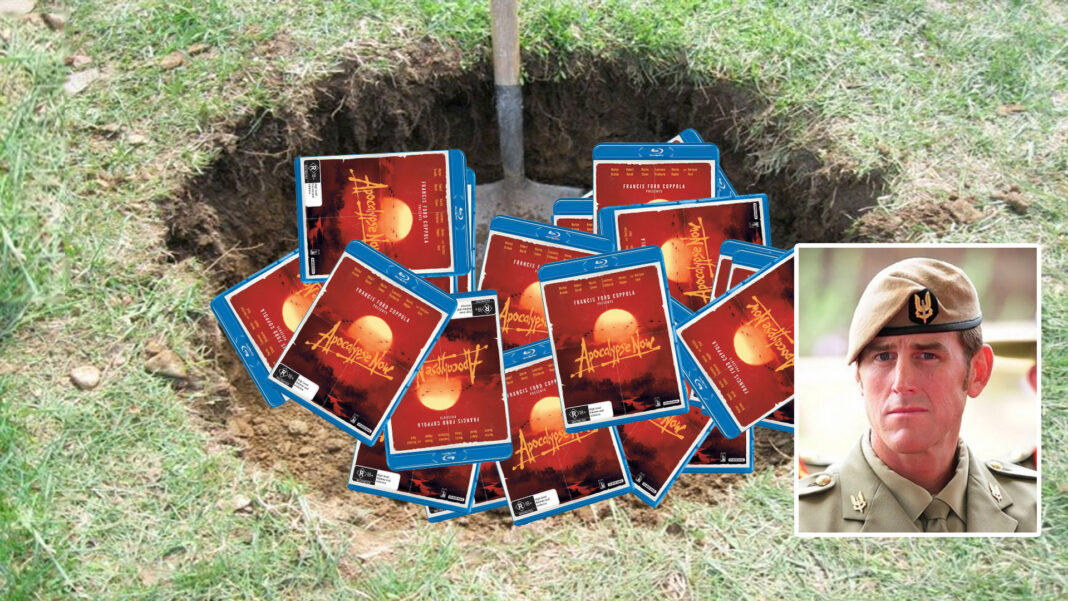 Australian Federal Police have launched yet another investigation into Ben Roberts-Smith, after unearthing another potentially incriminating find in his backyard.

“We allege the copies of this film were obtained illegally and many of them have already been distributed to current SAS troops,” says a statement from the AFP.

The decorated military veteran denies any wrongdoing, insisting the movies were for ‘personal consumption only.’

“It’s just a really sick film,” he told DBT. “I’d often watch it as a source of inspiration during my own time in the SAS.”

The find follows a seperate covert operation, in which USB drives containing compromising images were found in a nearby hole in Ben Roberts-Smith’s backyard.

The AFP says all copies of Apocalypse Now will be destroyed.

“Anyone who has received a copy of the film from Mr Roberts-Smith is urged to hand it in to police immediately,” says the AFP.