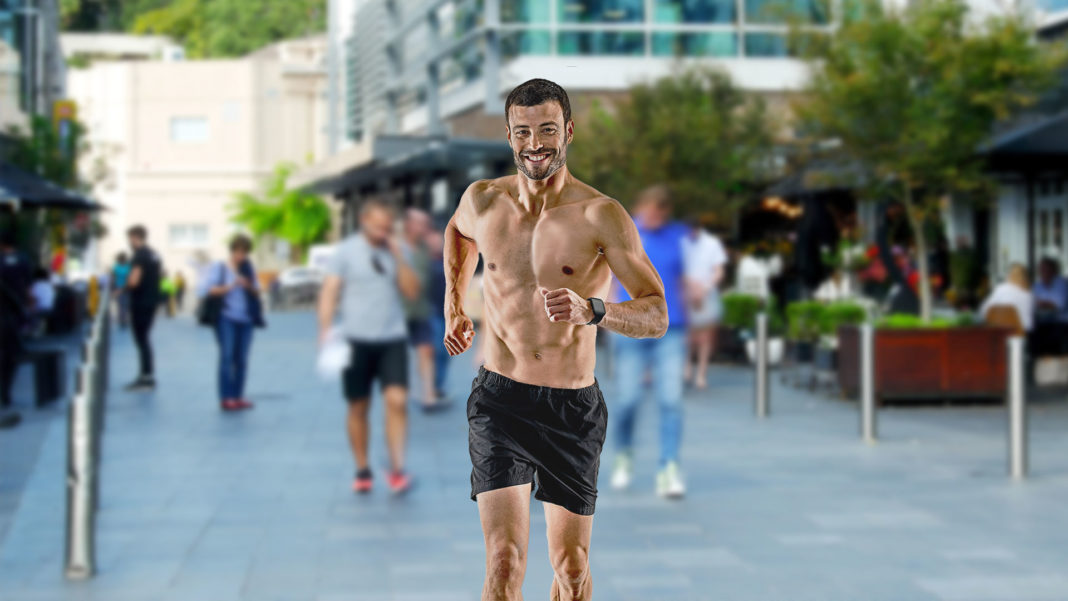 A new report shows Sydney runners are consistently breaching social distancing rules by choosing to jog in busy, high-density areas, instead of in spacious parkland.

“They’re sweating, panting and moving at speed,” says report author Percy Fiddington. “And they’re not afraid to come within inches of other pedestrians, in fact they prefer it.”

The research shows 84% of local runners are using heavily populated areas such as shopping precincts.

“They could run in beautiful wide open parklands, but instead they’re choosing areas with loads of people and cars,” says Fiddington.

“Many of them are doing so in overly expensive clothes and runners.”

The re-developed Kiora Lane at Double Bay out the front of Woolworths has been identified as a runner’s hot spot.

“Our research has unveiled that 7% of runners pass through the area with their shirt off for no apparent reason.”

The data also shows a dramatic influx in the number of Double Bay runners trying to get a glimpse of their own reflection in store windows.