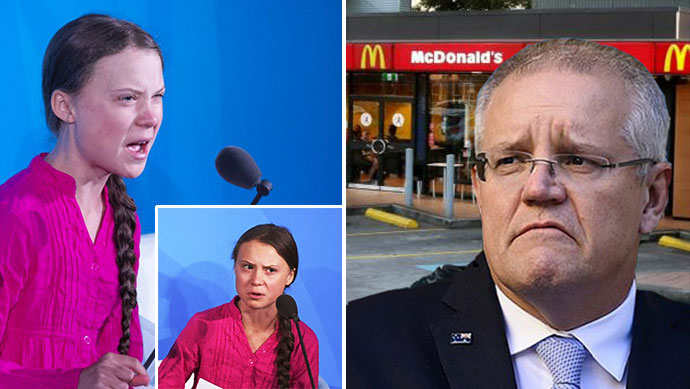 A furious Greta Thunberg has lashed out at the Australian PM, amid reports he shat himself at Engadine McDonalds in 1997.

“How dare you?” yelled the Swedish activist. “How does someone shit inside McDonalds, and then go on to become Australia’s PM?

Scott Morrison wasn’t in the room to hear the 16 year old’s speech at the UN Climate Summit.

But she didn’t hold back.

“What sort of a messed up country is Australia? Where else has this man shat himself? Does he even care about the environment?”

Scott Morrison is yet to respond to Greta Thunberg’s speech.

But recently he commented on what happened at Engadine McDonalds after a Cronulla Sharks game.