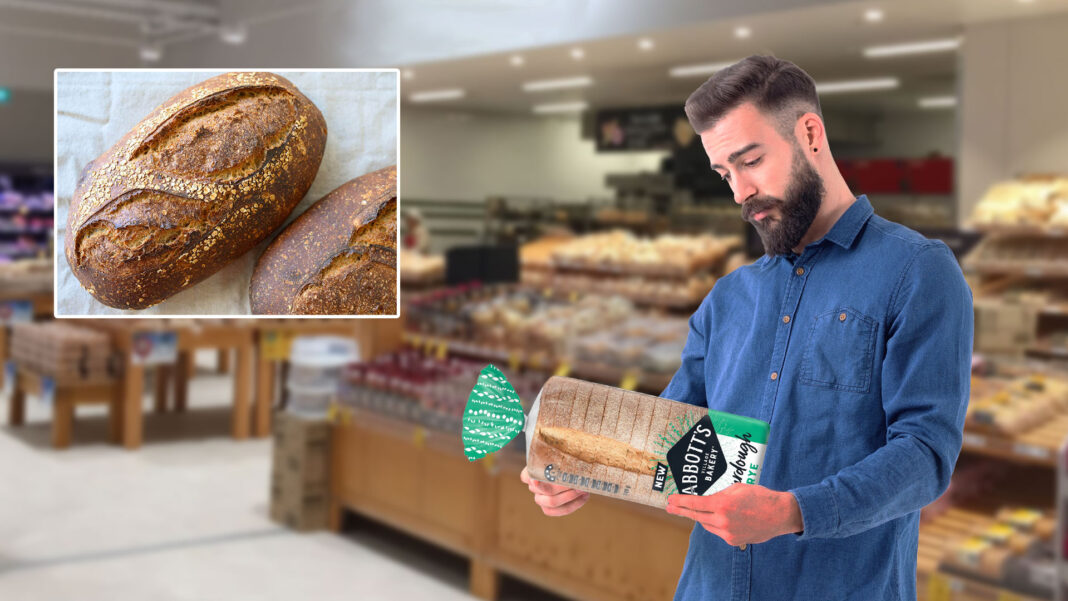 He ended up settling on a pre-sliced, pre-packaged loaf of ‘Abbott’s Sourdough Rye’ bread for $3.80.

“I’ve never heard of this bread,” he told DBT.

But with his wife and children waiting at home for breakfast, James Bray was left with little choice.

“This pre-packaged mass market bread looks like absolute rubbish,” he says. “There’s no way I’m eating any of this myself.”

UPDATE: James Bray decided to make a special trip to Sonoma Bakery at Bondi to purchase an artisan loaf.