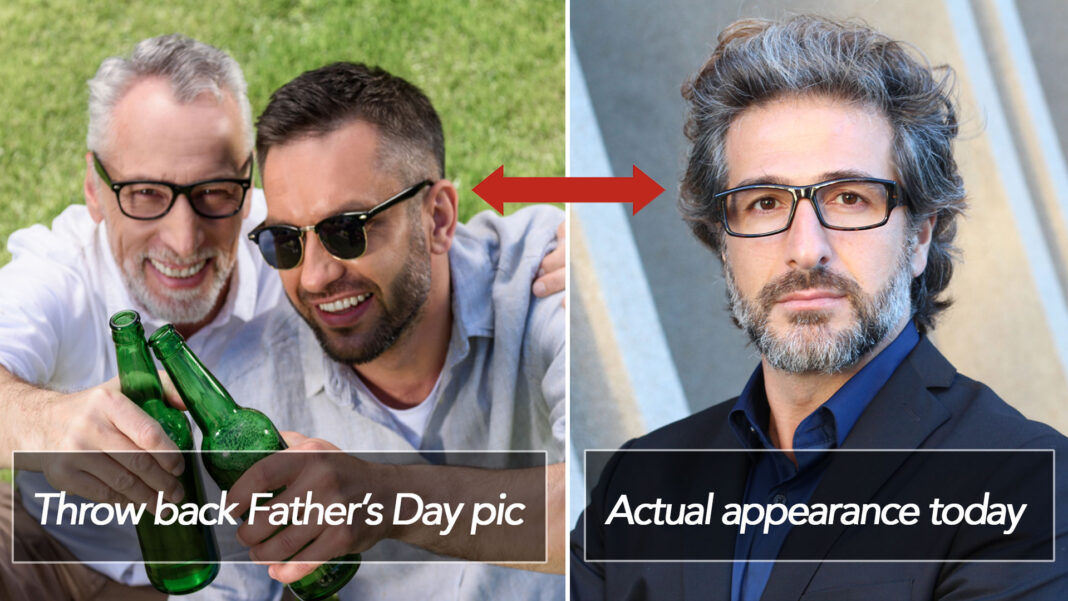 A Perth man has seized on Father’s Day to post an Instagram throw back photo of himself drinking with his dad 11 years ago.

The son, Damien Kramer, appears as a 36 year old, sitting on grass alongside his father as they drank beer.

Now, 47 years old, Mr Kramer admits he looked much better back then.

“Father’s Day is a great chance to post a photo of dad,” he told DBT. “But it’s also an opportunity to post a flattering pic of myself from years ago.”

Nowhere did he mention in the post how old he was in the throw back photo.

Some of Damien Kramer friends are accusing him of attempting to make Father’s Day all about himself.

“His father isn’t even on social media, so it’s hard to see why he would wish his dad Happy Father’s day on Instagram.