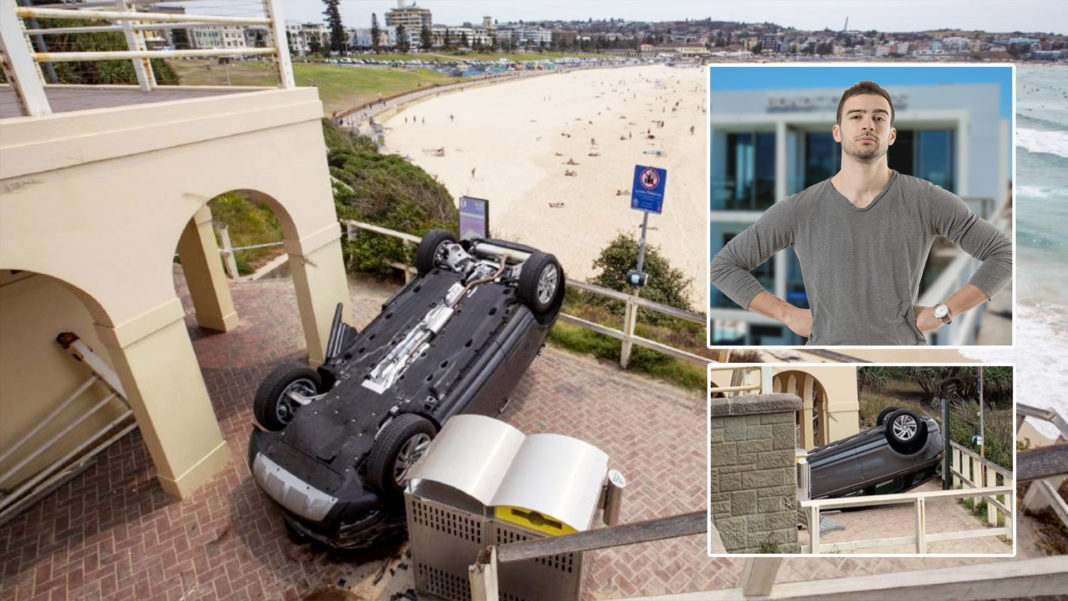 A Sydney driver has taken bold and drastic action today amid a severe and ongoing shortage of parking options at Bondi Beach.

Peter McKenny told DBT that he’d been driving around Campbell Parade and surrounding streets for two hours looking for parking, before losing his cool.

“I drove through the guard rail up near Icebergs and just let my car flip and fall to the ground below,” says the 33 year old Rose Bay man. “It’s actually not a bad spot in the end.”

Mr McKenny says the incident has caused significant damage to his small SUV.

“But seriously, the cost of getting it repaired will be much lower than the cost of finding a legitimate car space at Bondi,” he says. “I just wanted to go for a quick swim.”

Waverley Council says it acknowledges a desperate lack of parking options at the popular beach in Sydney’s east.

“But we’re urging all drivers against risky and dangerous methods of parking their vehicles,” says a council spokesperson.

Police are asking people to avoid the area, as a recovery operation is co-ordinated.