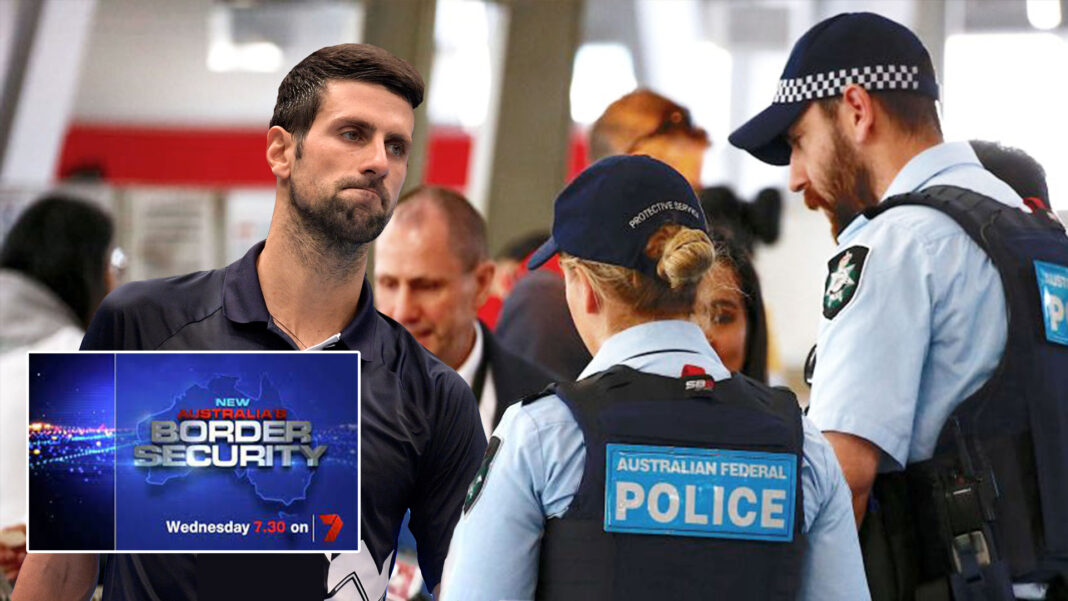 “We sent a camera crew as soon as we heard Novak was being held up by border officials,” says Border Security executive producer Neil Smith.

“I cant say too much about it yet, but trust me, it’s going to be great television.”

The Serbian tennis star touched down in Melbourne this morning to compete in the upcoming Australian Open.

But after five hours of interrogation about his vaccine exemption, Djokovic was told his visa had been refused and asked to leave Australia later today.

“Novak is very fired up there at Melbourne Airport at the moment,” says Neil Smith. “He’s getting very angry with police, and border officials, as well as with our camera crew.”

It remains unclear if Djokovic will leave Australia today or if he’ll remain in the country as his lawyers attempt to overturn the decision.

The Seven Network is remaining tightlipped on when the Serb will appear on Border Security.

“Stay tuned,” says Neil Smith. “We are dedicating an entire episode to it. It will be huge.”