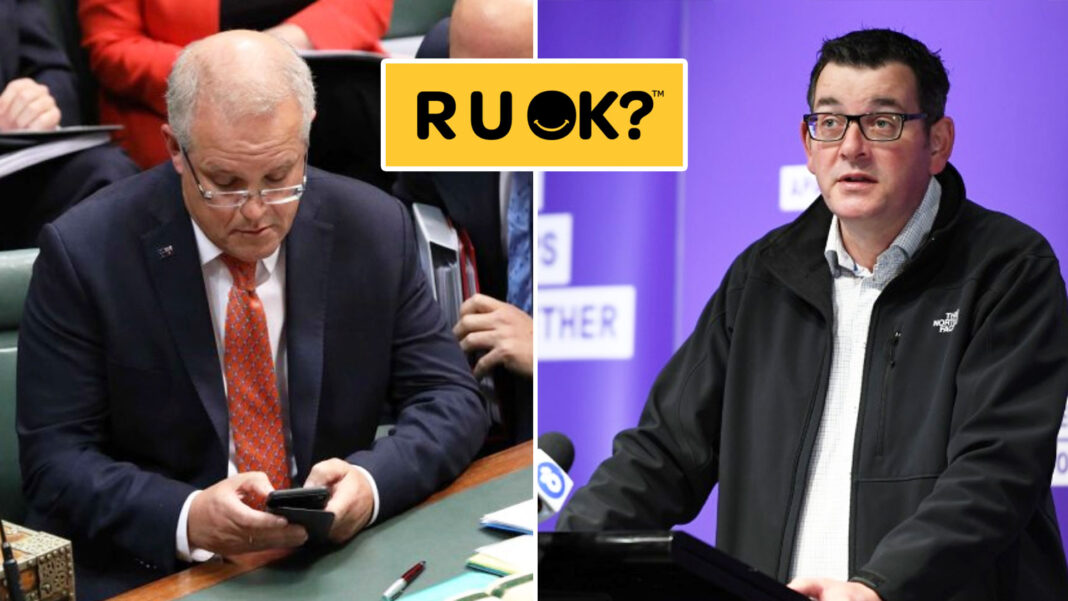 Today is the annual day when all Australian’s are urged to ask ‘R U OK?’ to help start a conversation that might make a difference in someone’s life.

And it seems the country’s highest profile politicians are getting on board.

“I know Dan has been under a huge amount of pressure lately, so I just wanted to let him know that I’m thinking of him,” says Scott Morrison.

It comes amid increasing calls for Dan Andrews to step down as Premier after being blamed for Victoria’s second wave of COVID-19.

It’s understood the PM sent the ‘R U OK?’ text while sitting in parliament this afternoon.

But Dan Andrews has told DBT that he’s not sure if the text message is well intentioned.

“I think he might be taking the piss,” says the Victorian Premier. “I think he knows full well that I’m not ok, and I won’t be OK for some time to come.”

UPDATE: Dan Andrews replied to the Prime Minister’s text message a short time ago saying: “Yep, all good. No dramas at all.”