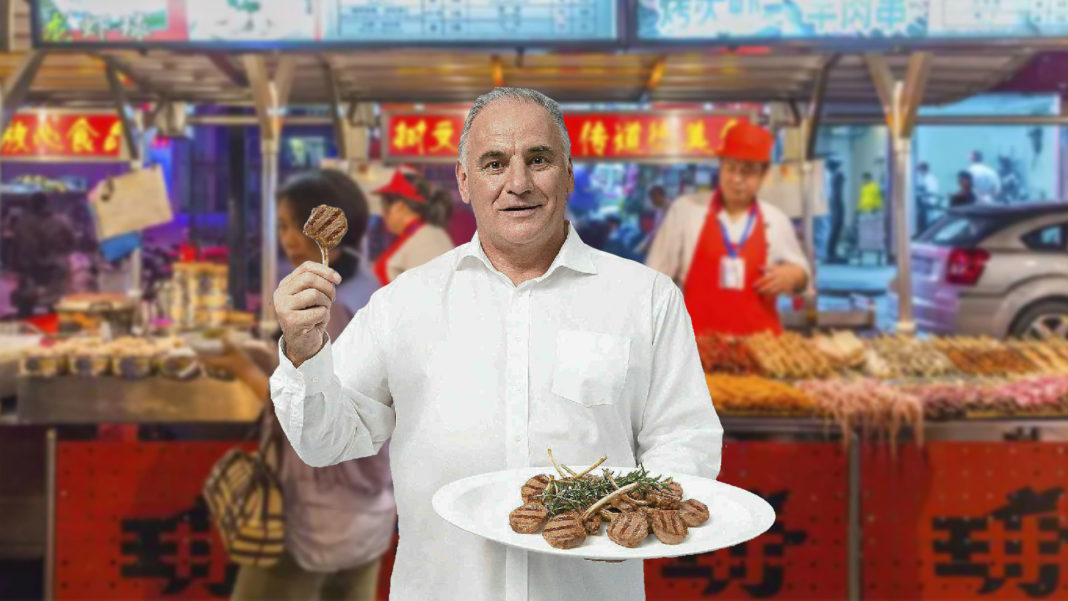 Australia’s ‘Lambassador’ Sam Kekovich is in China attempting to turn locals off traditional Chinese cuisine such as bats and snakes.

“Eat a cobra snake with its heart still beating, and what do you expect? he says. “Do yourself a favour. Avoid Coronavirus. Eat succulent Australian lamb instead.”

The media personality has been sent on a three week tour of China by Meat and Livestock Australia.

The 70 year old’s tour has won the support of the World Heath Organisation.

“Sam has already been a successful promotor of lamb in Australia,” says WHO official Joe Schwenn.

“Hopefully he can influence Chinese consumers about the dangers of eating non-conventional meat types.”

Kekovich says he hasn’t ruled out visiting Wuhan, where the virus is though to have originated.

“Chinese people need to stop indulging their tastebuds in all manner of exotic cuisine,” he says.

“Instead they should stick a few juicy lamb chops on the BBQ. And perhaps some Pavlova for those with a sweet tooth. You know it makes sense.”

His tour is expected to run until February 14.