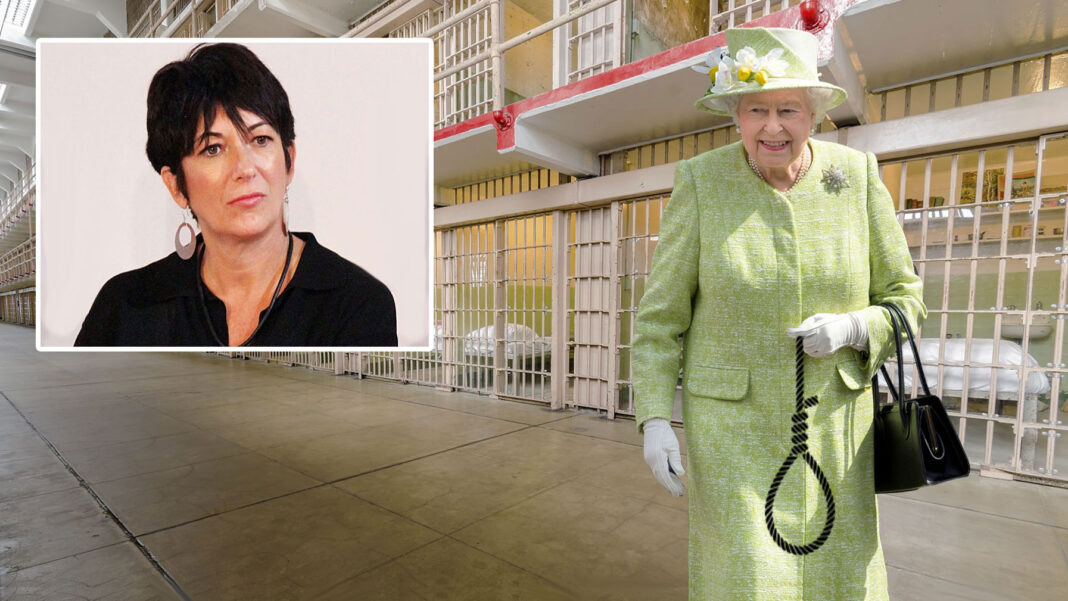 Queen Elizabeth has been photographed visiting the USA prison where Ghislaine Maxwell is being held after her arrest by the FBI on Thursday.

The DBT photographer who took the photo overheard the Queen asking a prison guard which jail cell Ms Maxwell was in.

“The Queen was alone and she was carrying a black piece of rope,” says the photographer. “It’s unclear exactly what she intended on using that for.”

Ghislaine Maxwell is the former girlfriend and longtime associate of the late disgraced financier Jeffrey Epstein.

She was arrested on Thursday on U.S. charges of luring underage girls so that Epstein could sexually abuse them.

Epstein has been linked socially to several powerful figures, including Britain’s Prince Andrew.

Buckingham Palace confirmed the Queen’s trip to New Hampshire in the USA to visit Ghislaine Maxwell, but denied any knowledge about any piece of rope.

“It might have been a dog lead or something?” said a Royal Family spokesperson.