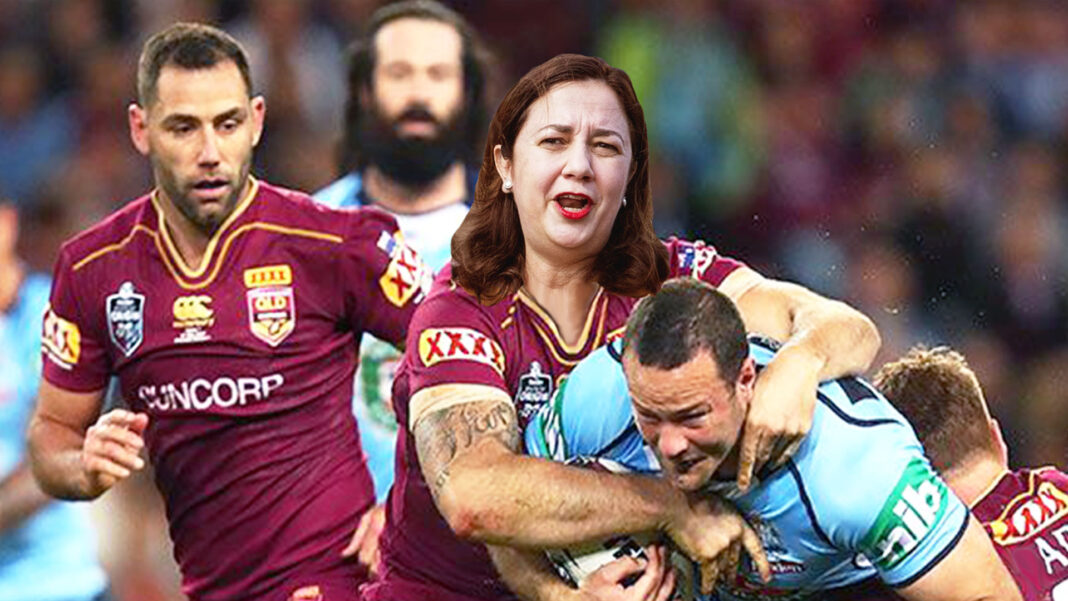 Annastacia Palaszczuk has been called up into Queensland’s State of Origin side for next week’s all-important deciding match against New South Wales.

NSW is going into the deciding match as favorites after thumping Queensland in game two 34 – 10 on Wednesday.

“We’re not taking any chances for next week,” says Bennett. “At this stage Annastacia is in the starting line up as a prop, but she can also play in the second row if required.”

It’s the first time a politician has been selected for either State of Origin team.

It comes after Ms Palaszczuk further eased social distancing restrictions, allowing the State of Origin decider to be played in front of a capacity crowd at Brisbane’s Suncorp Stadium.

“I can’t wait to pull on the Maroons jersey,” she says. “And if there’s more biff like in game two, you can guarantee I’ll be in the middle of it.”