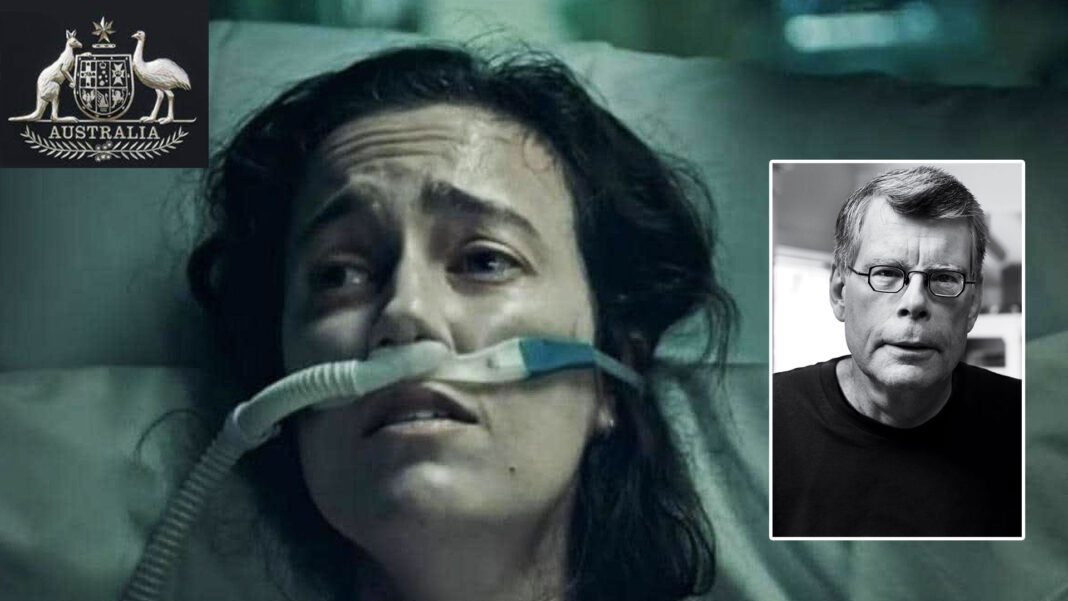 The 30 second clip shows a terrified young woman struggling to breath on a ventilator.

“Obviously our milkshake themed consent ads from earlier this year didn’t hit the mark, so for this Covid ad we decided to be much more literal.”

The graphic ad went to air in Sydney for the first time last night, as infection rates around the country continue to rise, especially in New South Wales.

“Australians are being way too relaxed about Coronavirus,” says Scott Morrison.

“We really needed this ad to instil fear so Stephen King was the obvious choice to make it.”

The commercial has attracted criticism from some health experts who say its insensitive and inaccurate, but Scott Morrison says he’s proud of it.

“I’ve always been a huge Stephen King fan, and now I can say I’ve worked closely with him,” says the PM.