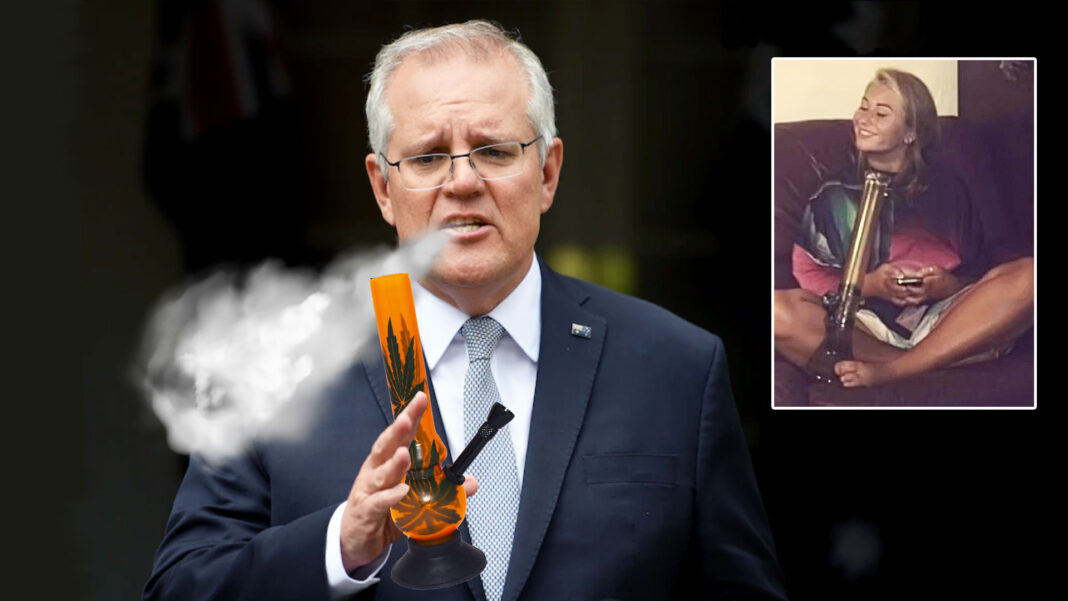 WAKE N BAKE: The Prime Minister has punched a bong early this morning during a press conference at Parliament House in Canberra.

“That didn’t even touch the sides,” Scott Morrison told reporters immediately after exhaling. “I’ll be keen for another cone in 30 minutes I reckon, possibly sooner.”

The PM’s controversial move follows overwhelming support for Grace Tame, after a newspaper published a photo from her Instagram of her sitting next to a bong in 2014.

Ms Tame quickly deleted the old photo from her feed, but politicians, journalists, comedians and others quickly voiced their praise.

Sources have told DBT that Liberal Party focus groups conducted last night showed the PM should also punch a bong in a bid to win voter support ahead of the election.

“I might give Grace a call later and see if she’s up for a few cones,” Scott Morrison told the media pack. “I used to smoke a lot of weed growing up on the beach in the Shire.”

UPDATE: Two minutes after the PM had his cone, he had a complete meltdown. He’s currently acting very paranoid while lying in the foetal position.