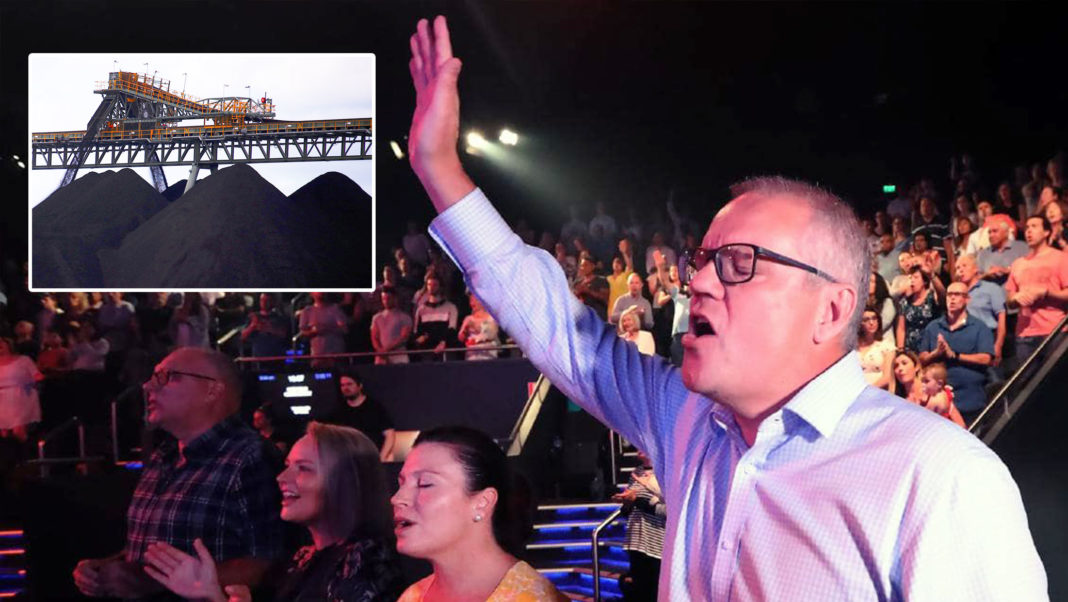 As bushfires ravage parts of NSW and QLD, the Prime Minister conducted a special prayer service on behalf of the coal mining industry.

“God, please keep the devastating flames away from our coal mines,” Morrison led the congregation.

“The coal industry and the broader economy need your intervention.”

Fire authorities say there is bushfire activity more than 140 kilometres east of the major coal mines at the Sydney-Gunnedah Basin.

“But winds can change at any time and the effects could be devastating,” the Prime Minister told DBT after this morning’s service.

Coal is among Australia’s largest export earners, worth around $47 billion a year.

“That’s greater than the value of the Australia’s tourism and education exports combined,” says the PM.