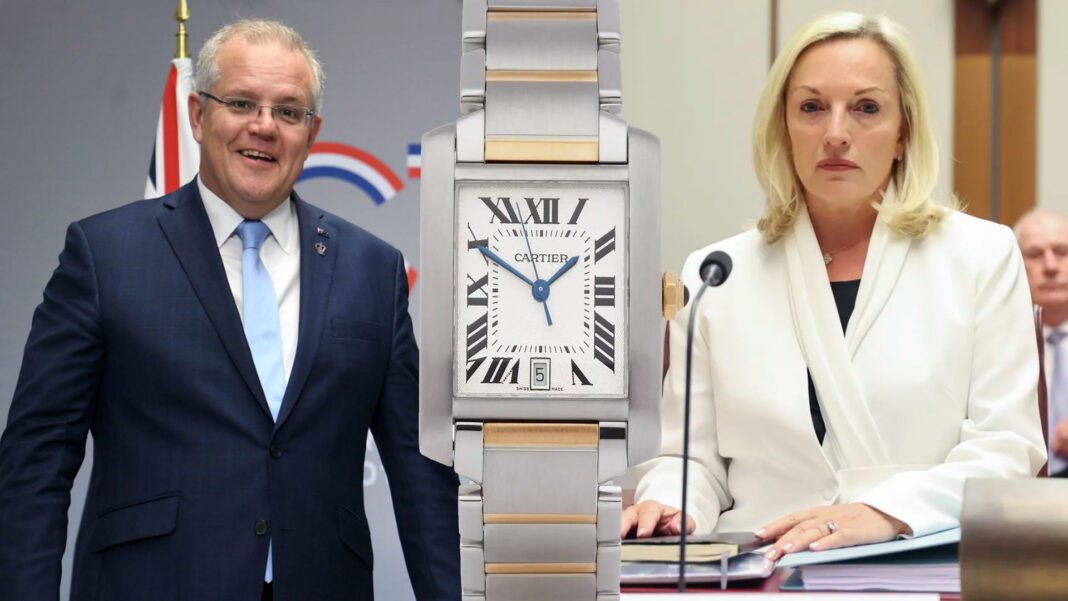 The Prime Minister is accused of staging a major backflip on his earlier judgement that it’s inappropriate to give luxury watches as gifts.

Today Scott Morrison gave the former Australia Post chief a $6000 Cartier watch in an apparent apology for bullying her out of the job last year.

“Christine Holgate is no longer a government employee, so there’s absolutely nothing wrong with my gift to her,” says the PM.

“Besides, I think it’s very important for women to be on time for things.”

Last year the PM slammed Christine Holgate’s decision to reward four Australia Post  employees with Cartier watches worth a total of $20,000 for securing a banking deal.

Ms Holgate accused Scott Morrison of playing a key role in her downfall by humiliating her in the Parliament.

“I’m sorry for the hurt I have apparently caused Ms Holgate,” the PM told DBT. “But I’m pretty sure that 6k watch will do the trick. I might give one to Brittany Higgins also.”