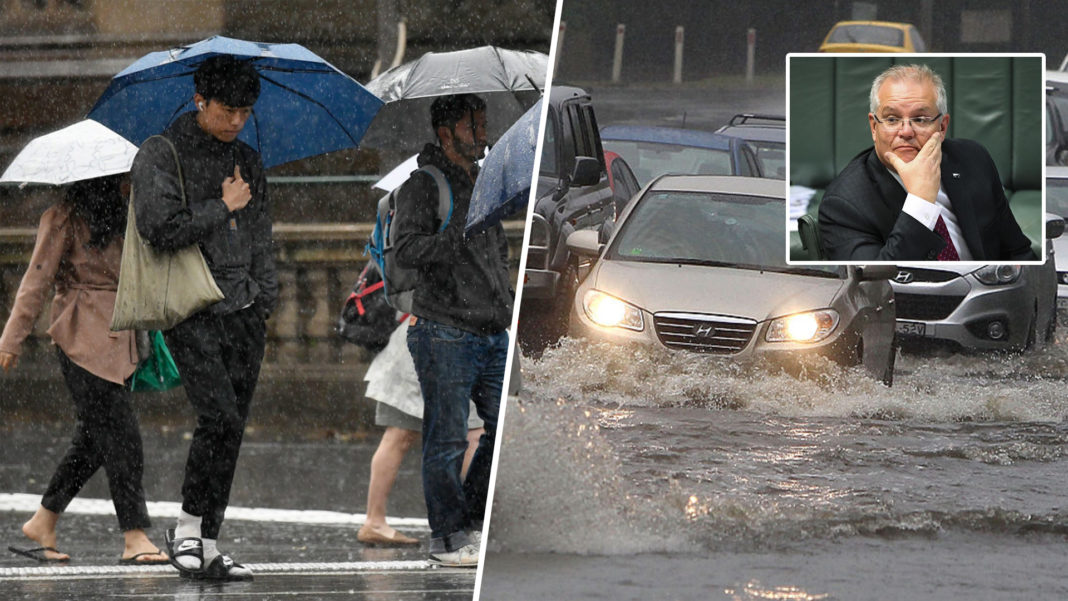 Already under severe pressure from the recent bushfire crisis, the Prime Minister is now attempting to deflect mounting pressure from Sydney’s flash flooding.

Significant flooding has already occurred in several parts of the state, including Byron Bay the Central Coast and Parramatta.

In a radio interview this morning, Scott Morrison claimed the recent heavy rainfall and the flooding are not “necessarily linked.”

“It’s too early to link these two weather events,” the PM told DBT. “There’s no credible scientific evidence to say they are related.”

The Prime Minister says floods can be attributed to several other potential factors.

“It may be due to a lack of vegetation which helps slow water run off,” he says. “And we also need to review our ageing dams and drainage infrastructure.”

“It’s important to not jump to conclusions about weather patterns,” he says. “People are using weather events like floods and bushfires to push political agendas.”