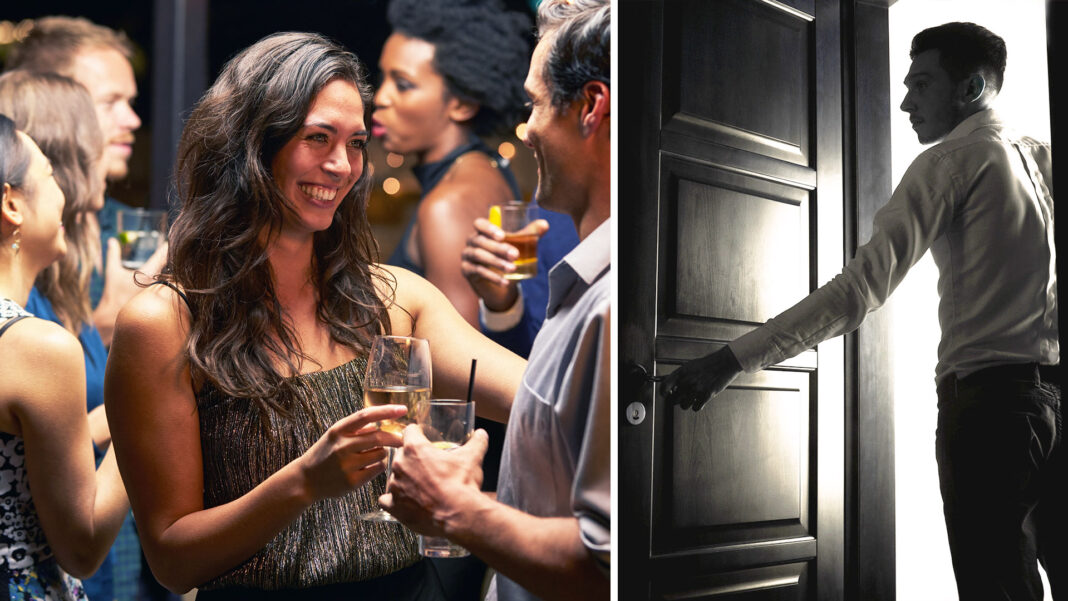 BACKDOOR BENNY: Saying goodbye to friends at parties may seem like the obvious and polite thing to do, but a new report shows it may be costing us dearly.

Researchers from the UNSW’s Time Management Institute interviewed 2000 Australians, finding on average they go to 25 parties per year.

“From the moment we actually decide it’s time to leave a party it takes us, on average, 45 minutes to say goodbye,” says lead researcher Dean Hoddle.

“That means we spend an average of 18 hours and 45 minutes each year saying goodbye.”

“But several respondents in our survey spend up to double that amount of time saying goodbye each year.”

The report found those who say goodbye are forced into repeating the same excuses for leaving to multiple people.

And they risk being convinced to stay at the party longer, especially by the host.

“Don’t fall into this trap,” says Dean Hoddle. “Typically most party hosts are too busy or wasted to care if you do a sneaky runner.”

“Saying goodbye typically used to account for the most social activity I did all night,” he told DBT. “It’s way too draining. Nowadays I always just go for the clean exit.”