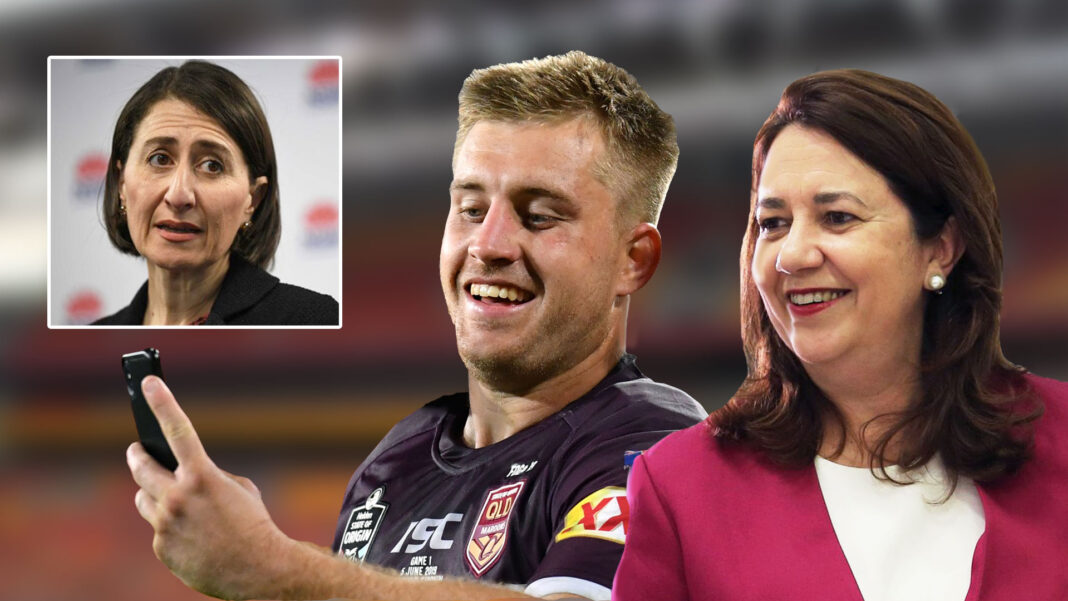 The text message war of words between the Queensland Premier and her NSW counterpart continues today.

As the final siren sounded on Origin 2020 last night, Annastacia Palaszczuk was seen rushing out onto the field for a selfie with Maroons star Cameron Munster.

She then sent the pic to Gladys Berejiklian via text message with the caption ‘#Winning.’

“I don’t even care about the State Of Origin, and I certainly don’t hang my entire political reputation on a football match.”

It follows Queensland’s close victory over New South Wales in the State of Origin decider last night at Suncorp Stadium.

“She refuses to reply to my texts asking her to open Queensland’s border with NSW, but she sends a stupid selfie with a footballer,” says Gladys Berejiklian.

The footballer, Cameron Munster, told our reporters he doesn’t remember taking the pic with Palaszczuk.

“I have to be honest, I don’t even know who that woman is,” he says. “I just thought it was some punter.”