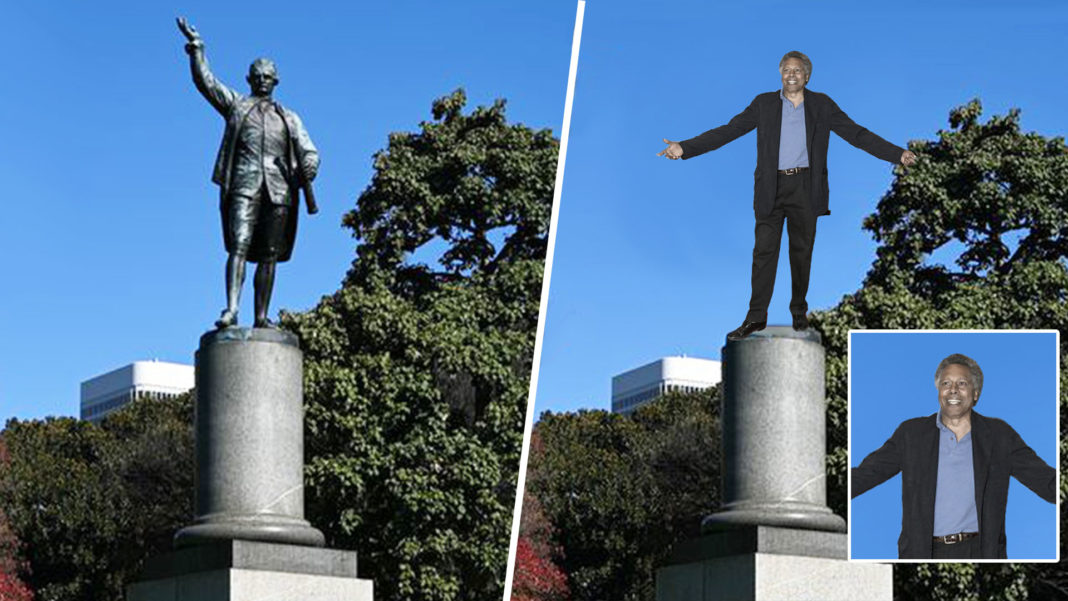 One of Australia’s best-known actors has been immortalised in bronze at Sydney’s Hyde Park.

A statue of Ernie Dingo has replaced the statue of Captain Cook, which has been the subject of recent vandalism.

“We think the time is right to make this change,” says NSW Premier Gladys Berejiklian.

“We need to celebrate our indigenous figureheads, instead of focusing too much on our colonial past.”

The Premier is praising Ernie Dingo who yesterday was allegedly involved in a violent incident after being targeted with racial slur.

“We know this Hyde Park monument doesn’t repair two centuries of racism against indigenous Australians, but we hope it helps mark the beginning of the end.”

Ernie Dingo is best known for his work in Australian films The Fringe Dwellers and Blackfellas, and for his many appearances on The Great Outdoors.