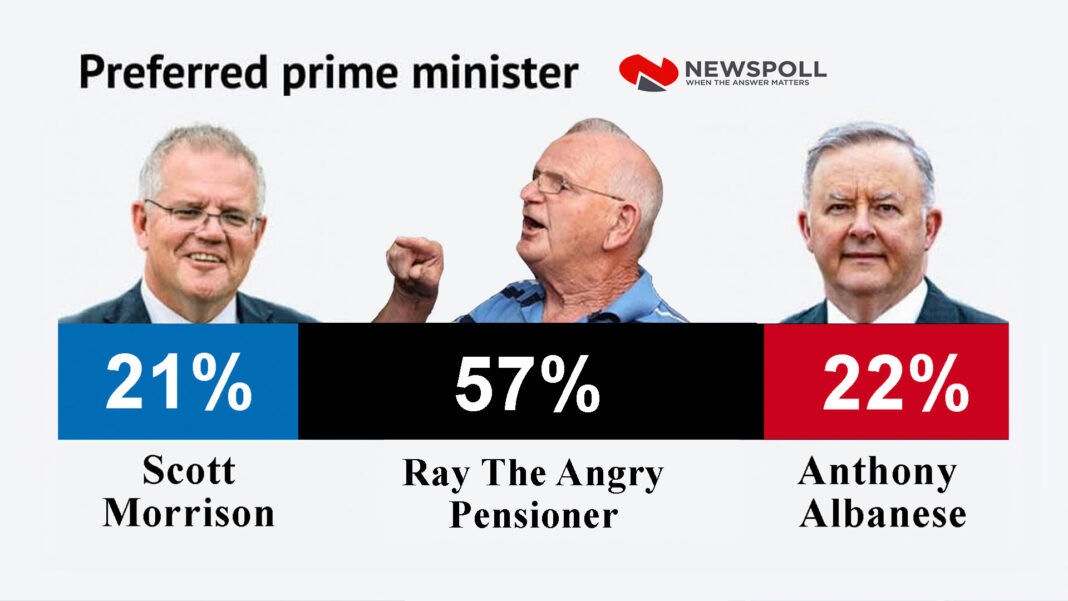 NEW CONTENDER: A frustrated disability pensioner is threatening to derail the federal election, after new polling shows him to be Australia’s preferred Prime Minister.

The man – only known as Ray – abused Scott Morrison in a Newcastle pub last night.

“The results weren’t even close,” says Newspoll’s Lyle Sims. “57% of respondents chose Ray, with Anthony Albanese on 22% and Scott Morrison trailing on 21%.

With a large media contingent on hand last night, Ray roasted the Prime Minister over immigration, his pension and the need for a federal integrity commission.

“I’d vote for Ray for sure,” one survey participant told DBT. “He seemed to know exactly what he was talking about and I think he rattled the PM to be honest.”

Ray is yet to register as a political candidate, but he told DBT exclusively he’s thinking of running as an independent.

“I will not break my election promises,” he says.