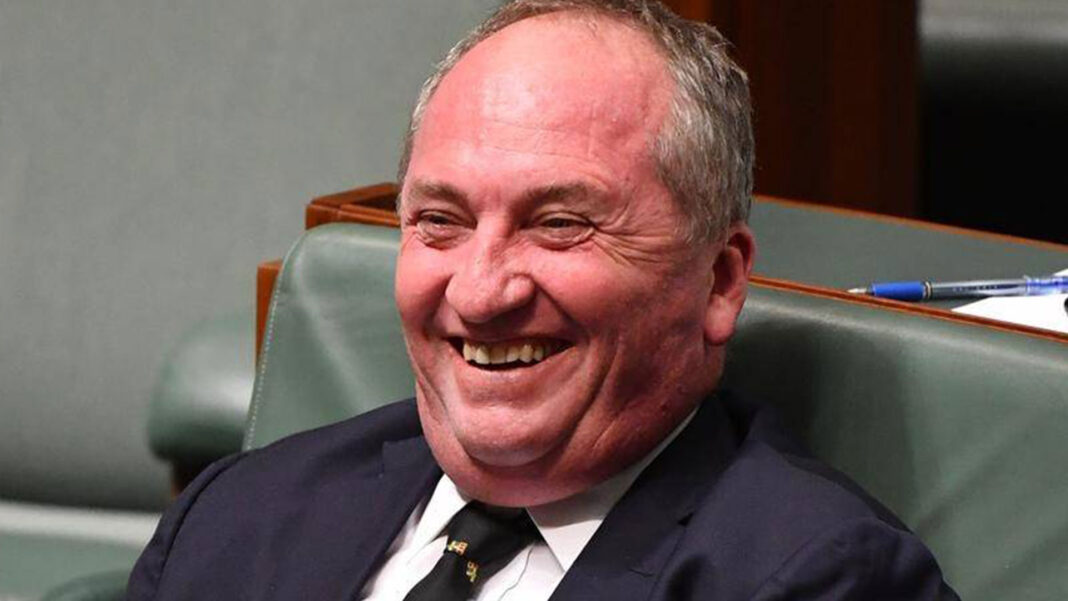 One of Australia’s biggest loose cannons has been re-elected Deputy Prime Minister today.

And just when Australian voters thought they’d seen the end of the drunken backbencher, he’s back. Again.

“There’s 25 million people in this country,” says one voter. “How the hell can we not find anyone better than him?”

Barnaby Joyce has been elected leader of the Nationals in a tumultuous party spill that restores him to the position of Deputy Prime Minister.

He’s been punted twice before. Firstly by the High Court over his citizenship status, and secondly for his philandering ways after he cheated on his wife by rooting a colleague.

“Barnaby is a narcissistic nutter,” says another voter. “His re-election highlights just how fucked Australia’s political system is.”

DBT can also reveal that Donald Trump is now considering a new career in Australian politics after hearing about Barnaby Joyce’s re-election.