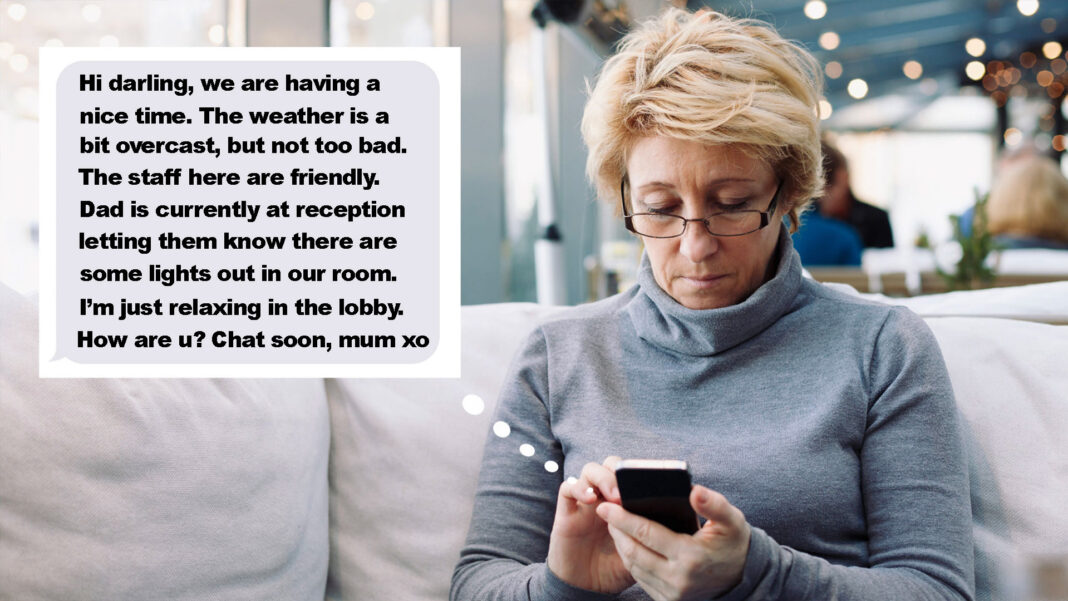 GENERIC TEXT: A mother on holiday in Noosa has sent her son a 52 word text message without including any interesting or useful information.

“I had spare time, so I thought I’d let Henry know we are safe and well,” Paddington’s Carol Kirwan told DBT. “But I’m not great at texting.”

It took her more than 30 minutes to write and send the text, which mentioned the weather and some issues she and her husband were experiencing with hotel maintenance.

DBT understands that her 29 year old son barely even read the text.

“I saw it come through when I was out with friends,” says Henry Kirwan. “And then I completely forgot about it till three days later.”

“If I’m being completely honest, I also forgot mum and dad were away.”