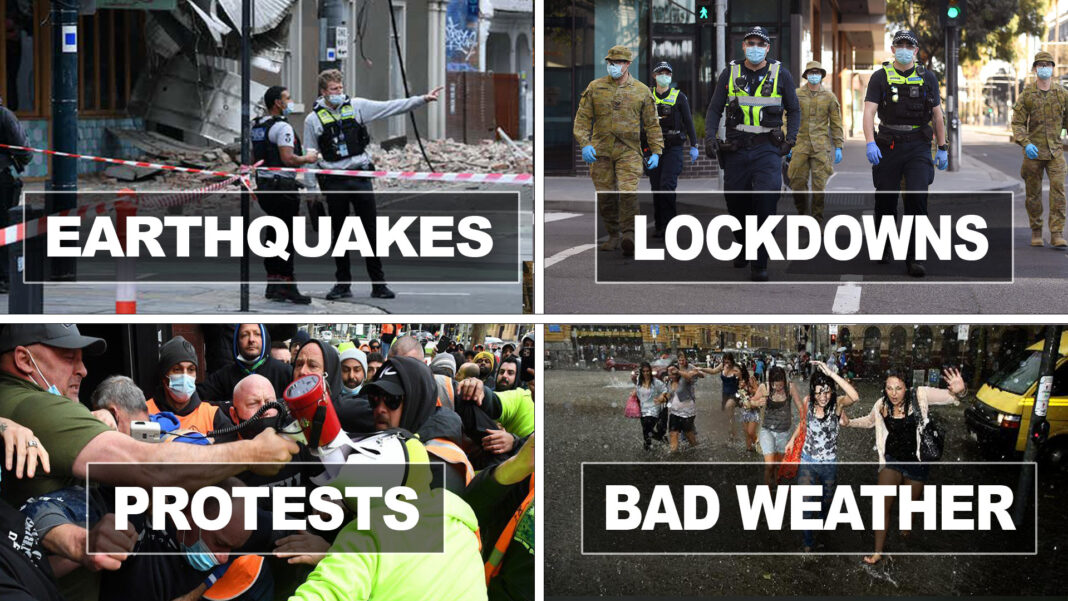 Melbourne regularly features in the annual top ten ‘world’s most liveable cities,’ but the events of the last few months have triggered a rapid slide.

“Melbourne has unfortunately dropped to the 187th most liveable city for 2012,” says Dan Brasich from the ETU’s Global Liveability Ranking Index.

“Worryingly, Melbourne now ranks lower than Venezuela which is in 152nd place.”

“Melbourne has suffered in the ‘safety’ category this year due to yesterday’s earthquakes,” says Dan Brasich.

“And the ongoing protests have dragged Melbourne even lower than Los Angeles in the ‘civil unrest’ category.”

In the ‘fun’ index, Melbourne’s harsh lockdowns led it lower than Canberra for the first time ever.

“And then there’s Melbourne’s weather, which was terrible as per normal this year,” says Dan Brasich.