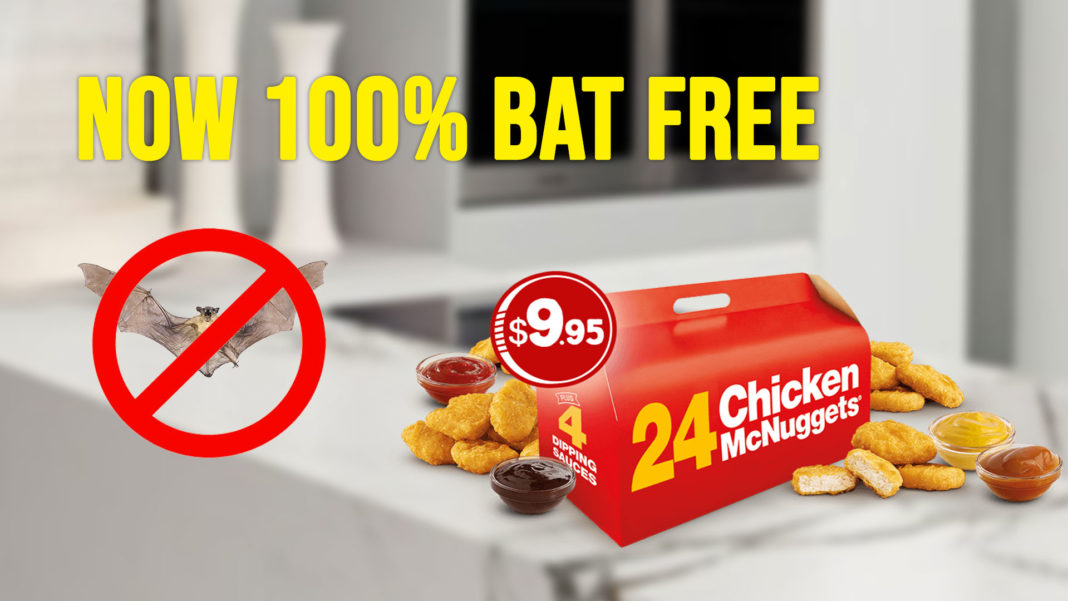 Fast food chain McDonald’s has announced its latest measure in the fight against coronavirus.

Scientists believe bats were a possible source of the initial coronavirus outbreak at a ‘live market’ in Wuhan, China.

“That’s why were removing any traces of bat meat from our McNuggets,” says Damien Piper. “We are deeply committed to fighting the spread of COVID-19.”

McDonald’s won’t say exactly how much bat meat was previously in its McNuggets.

Nor is it saying which meat it will be using as a replacement.

“Ironically nothing tastes like chicken quite as much as fresh bat meat,” says Piper. “However we have a few alternate meat and plastic options to use instead.”