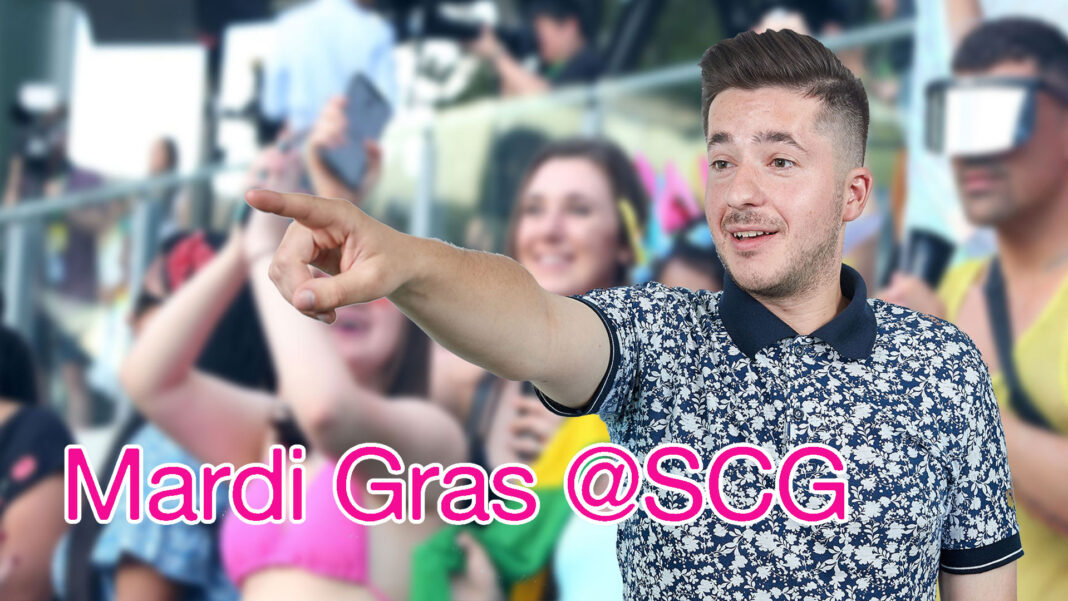 A man who has lived about 400m from the SCG for the last 12 years has entered the hallowed stadium for the very first time last night.

“I grew up in Sydney, but I’m not into sports so I’ve never been here before,” says James Whitby, as he watched the Mardi Gras parade from the Noble stand.

“The atmosphere in here is electric.”

Even though he’s never seen Australia play cricket at the SCG, he was fortunate enough to see some parade participants steaming in from the Paddington end last night.

“It’s actually really nice in here,” he told DBT. “I might try to get down to the Members end a bit later.”

But the 29 year old admits that last night may be his first – and last – visit to the SCG.

“Oh you never know,” he says. “Maybe I’ll come back here if they ever host a good dance party or something. hahah.”