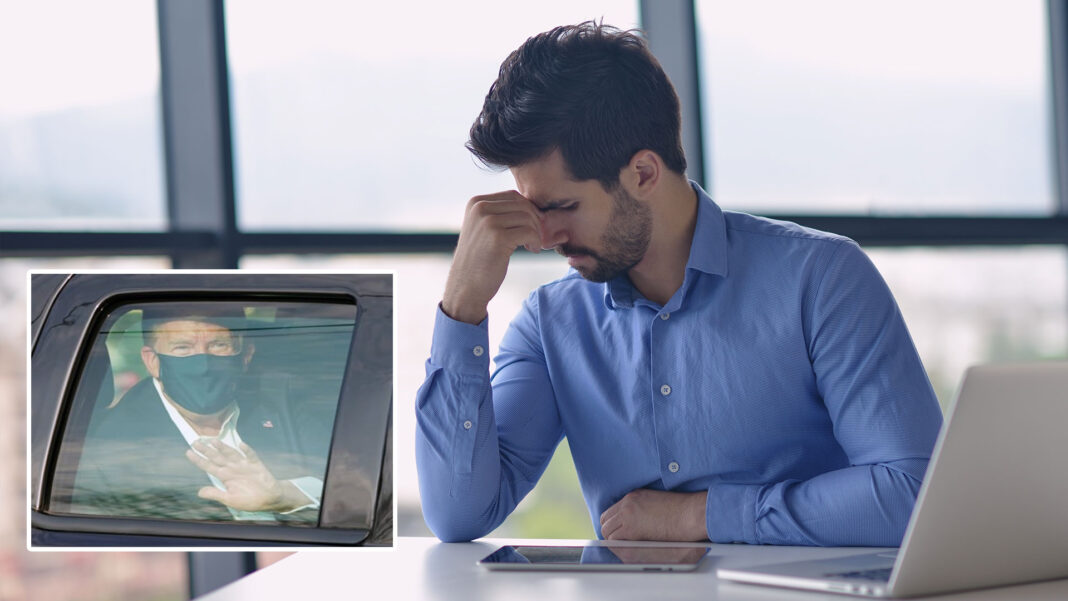 A Sydney man has implemented a full news media blackout in a desperate bid to avoid finding out about Donald Trump’s deluded antics.

“I get too upset about how the supposed ‘leader of the free world’ can be such a fucking idiot.” says Chris Markson. “I find it personally offensive.”

Markson’s news media black out was triggered by Trump’s absurd drive to salute supporters while he was infected with Covid-19 and meant to be in hospital isolation.

“After what the whole world has endured with Covid; all the restrictions, deaths, job losses, etc, Trump goes for a fucking drive, potentially infecting his staff,” says Markson.

“I actually cant deal with it. It leads me down a dangerous path of questioning humanity. Even scrolling Facebook is dangerous at the moment.”

News media outlets have reported a significant drop in readership, in the lead up to the US election.

“People are simply turning a blind eye to US politics at the moment,” says the editor of the Sydney Morning Herald, Jo Tunbury.

“Everyone is too upset about how out of 328 million Americans, Trump and Biden are supposedly the best people to lead their country.”