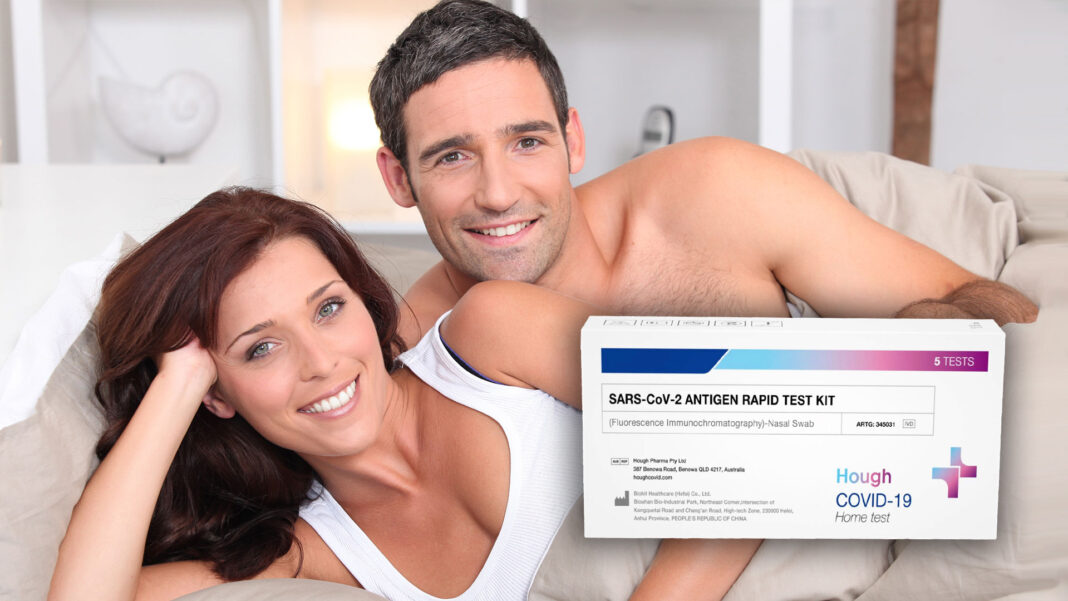 Damien Burke this afternoon somehow managed to find a 5-pack of rapid antigen tests, leading his wife of seven years to promise him sex tonight.

“It’s been a while,” he admitted to DBT. “But bringing home those RATs seems to have finally broken the drought.”

Despite having a high paying job at Macquarie Bank, and being a reliable and loving father father of two, Damien Burke says he’s been denied sex for “several” years.

But his wife Jane says him securing the covid testing kits has proved a huge turn on.

“When he walked in the front door and showed me his 5 pack, I gave him a big hug,” she says.

“It was a rare moment of affection between us and yes I can confirm I’ve offered him sex tonight, as long as he tests negative first.”