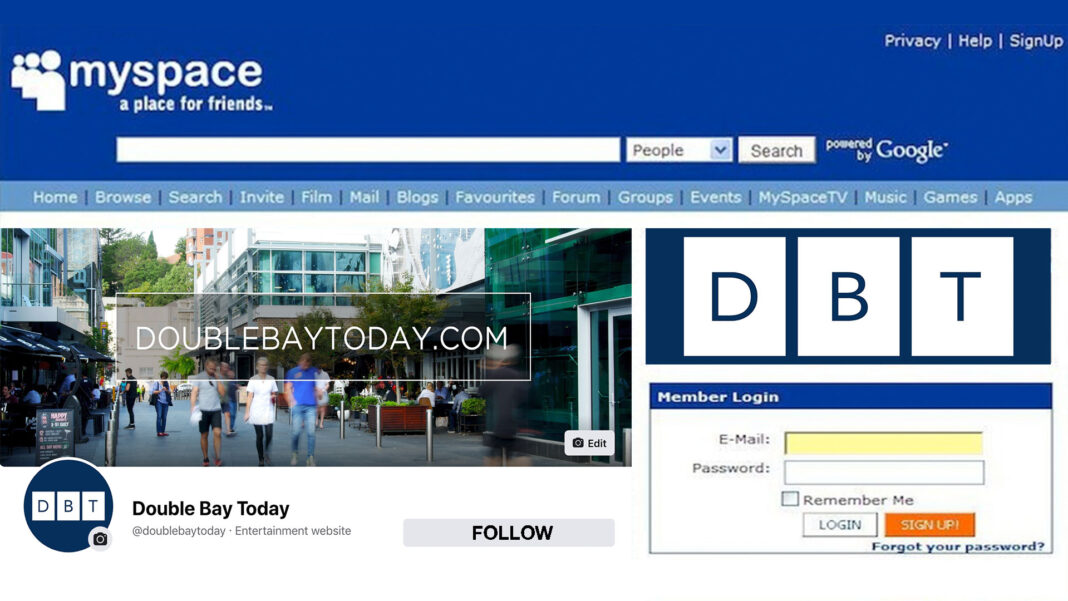 A local satire news publication is adjusting to a brave new world without Facebook.

“News of Facebook today banning all news and satire publications is a real shock to the system,” says DBT’s publisher Todd Matthews.

“But we are pivoting and adjusting as best as we can.”

The 3 year old satire publication has now set up a MySpace page, in a desperate bid to win back readers.

MySpace was launched in 2003 and to many people’s surprise, it is still active today.

“We actually think MySpace might make a come back,” says Todd Matthews.

“We’ve seen Donald Trump and Pete Evans carve out a decent following on there since they were banned from other social media outlets.”

DBT on MySpace currently has three followers after launching this morning.

“Get on board, guys,” says Matthews. “Support independent journalism however you can.”