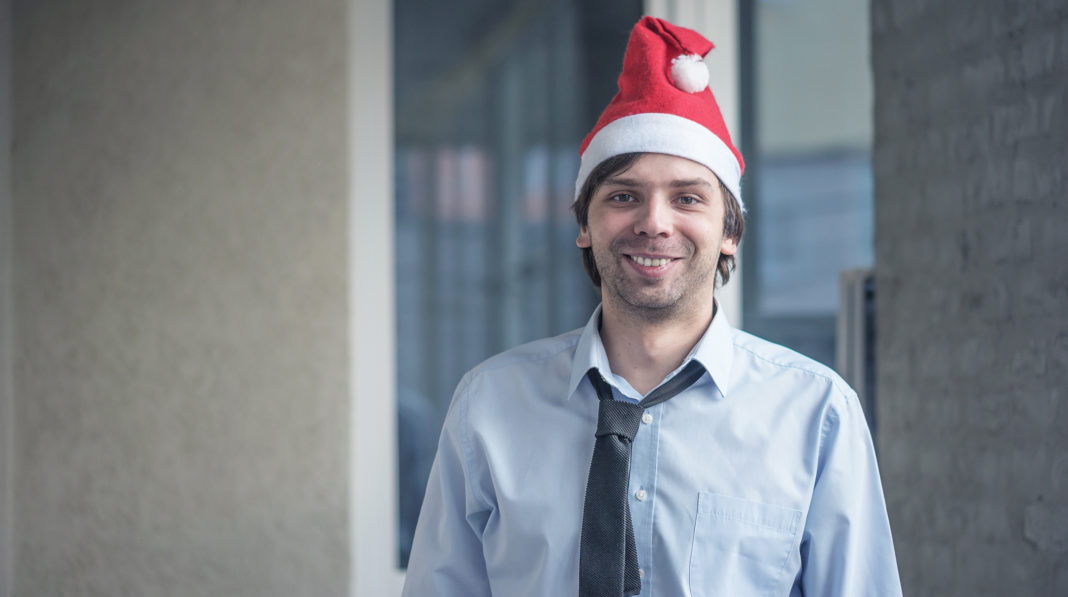 A shy office worker is showing his true colours today by proving that he’s much more than just a lifeless accountant.

“Sometimes you gotta live a little,” says Joel Tyler. “I’m getting into the Christmas spirit. I don’t care if it’s only December 15!”

The 32 year old is generally known by colleagues as someone who is “distant and introverted.” But not today.

Joel Tyler has begun wearing a Santa hat while at work.

“Wow, I’m impressed,” says Jane from the legal department. “Joel is actually a lot more quirky and original than we previously thought.”

“I would never just casually socialise like this with co-workers,” he admitted to DBT. “I guess my Santa hat is helping to break down the barriers.”

And he says he cant wait for St Patrick’s Day so he can drink a green coloured beer.

“I’m actually quite a fun guy,” he says.