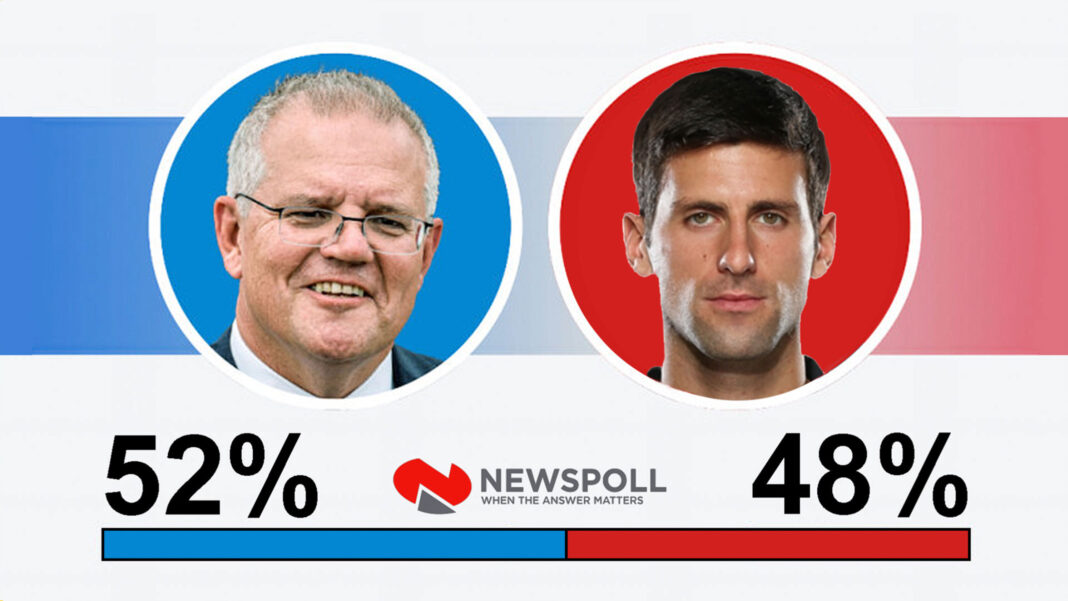 SLIM MARGIN: A new survey shows slightly more Australians would like to see the back of the PM than the world no. 1 tennis player.

The result will come as a major wake up call for the coalition, just months out from the federal election.

“I’m no fan of Djokovic,” one voter told DBT. “But the way he was treated by the federal government is embarrassing for all Australians.”

“Also Sco Mo has completely dropped the ball on vaccines and rapid tests, just to name a few.”

DBT asked Scott Morrison for a reaction to the polling, but he remained tight-lipped.