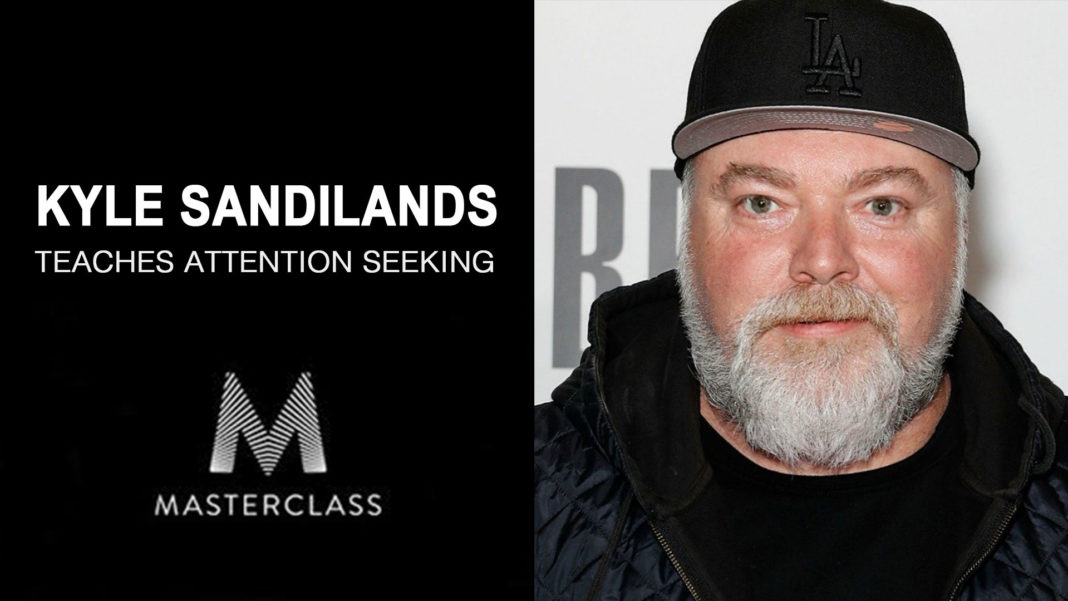 “Getting attention is easy, even if you’re just a widely-hated, fat bastard,” says the shock jock.

Radio shock jock Kyle Sandilands has released a new MasterClass on how to seek attention.

In his 15 minute video tutorial, Sandilands shares his insights on how to get in the news headlines and stay there.

“I use my radio show to say as many controversial things as possible,” he says. “The goal is to appear in shitty tabloids like news.com.au, Daily Mail and the Daily Telegraph.”

MasterClass is a platform where masters of their craft give lessons via video.

“I’m the master of attention seeking,” says Sandilands. “All publicity is good publicity, no matter how much you’re hated, or how much misery you cause.”

“Try to be offensive,” he says in his MasterClass. “It’s actually not that hard.”

The KIIS radio host last night pretended to have a serious health condition on 60 Minutes, before admitting it was just a joke to seek attention.

“I also recommend asking teenagers about their sexual history live on air, and also be critical of people with disabilities,” he says. “It’s excellent fodder.”