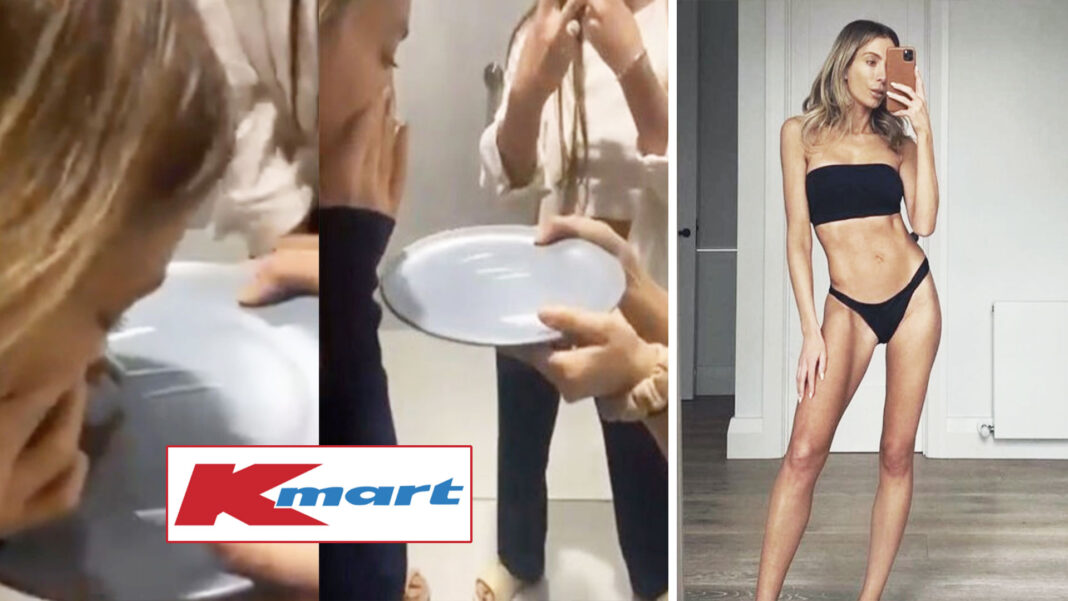 Melbourne influencer Nadia Bartel has made headlines after a video leaked online of her snorting white powder.

But many have been distracted by something else in the clip.

“She’s doing the line off a plate which you can buy from Kmart for $3,” revealed one eagle-eyed Twitter user. “I’ve got those plates at home. I might have to give it a try!”

Tonight the retailer has released a statement, distancing itself from the video.

“We do not condone the type of activities demonstrated in that video,” says Kmart boss Nick Sammat. “And we’re not impressed about a Kmart plate being used.”

But there’s a silver lining for Nadia Bartel.