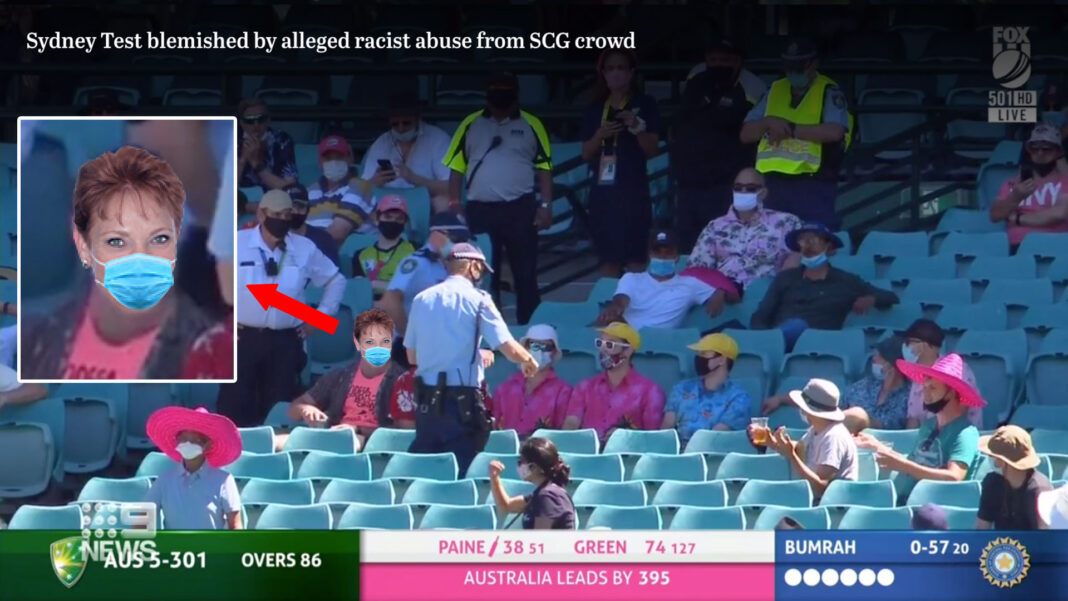 NSW Police combing through footage of yesterday’s SCG crowd have revealed One Nation Leader Pauline Hanson among a group of alleged drunk racists.

“Ms Hanson can be seen attempting to hide behind a face mask,” says Inspector Warren Leachy.

“We didn’t realise it was her at the time, but she was among a group of 6 people removed from the ground.”

India have called on authorities to use “an iron fist” in dealing with claims from Indian players that they have been racially abused by crowd members.

But Pauline Hanson is defending the claims.

“It’s not racism, it’s just sledging,” she says. “Calling someone a ‘brown dog’ or a ‘monkey’ is just part of the game. The Indian cricketers clearly need to harden up.”

Acting Prime Minister Michael McCormack released a statement saying: “If racist remarks have been made, then the appropriate punishments will take place.”

It’s understood Pauline Hanson will appear on the Today Show tomorrow morning to discuss the claims.