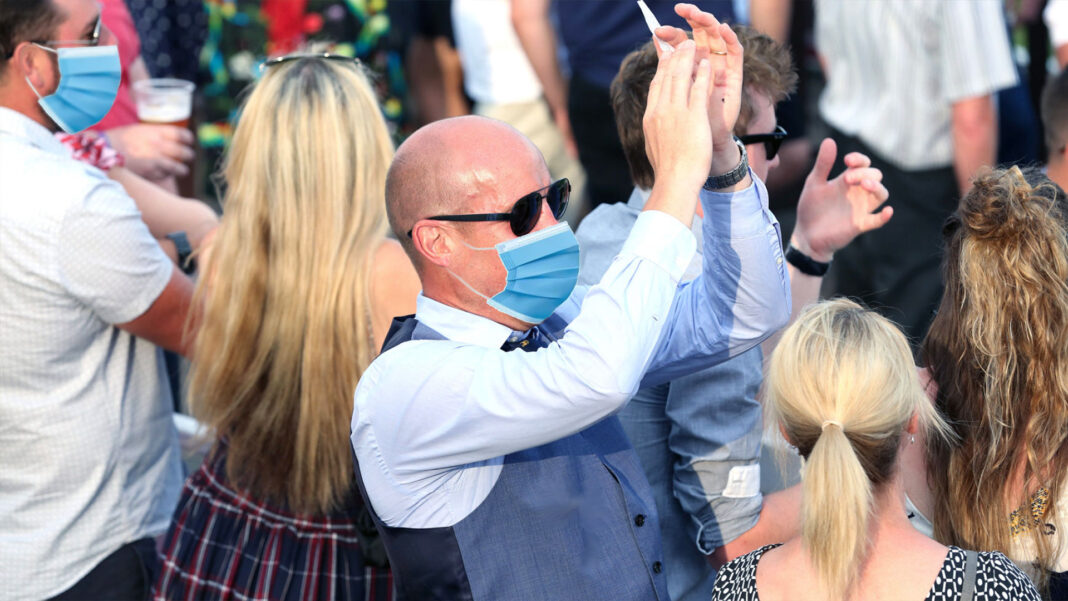 #WINNING: A Sydney man has intentionally misled his Instagram followers by trying to suggest that he made money on The Everest at Randwick today.

Nigel Dolton posted a photo of himself celebrating in a waistcoat shortly after winning $600 on Nature Strip.

“Winner winner, chicken dinner! Go Nature Strip you good thing. Easiest $600 I’ve ever made,” he wrote in a caption alongside the photo.

But an investigation by DBT has found the 46 year old investment banker actually lost $23,400 for the day.

“He was giving everyone high fives all day, even though he was bleeding cash heavily,” says one bookmaker.

“I saw him walk up to several attractive women and clench his fists as though he was winning.”

Our reporters tried contacting Dolton for comment but he’s yet to return our calls.