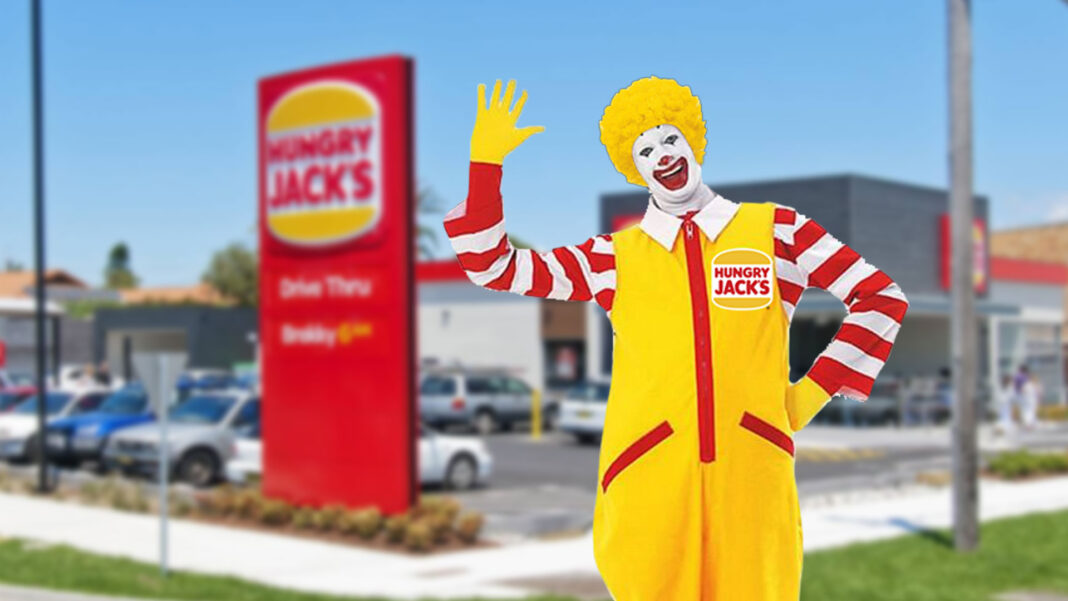 “Snack Jack will spend his time visiting our 390 outlets around Australia,” says Hungry Jack’s CEO Peter Reeves. “If you’re lucky enough, you might get to meet him one day.”

Snack Jack is a clown character aimed at appealing to young children.

“When he’s not at our restaurants, Snack Jack will also visit sick children in hospital,” says Peter Reeves.

“We’re introducing him in a bid to give our brand some more original personality.”

“Snack Jack has yellow hair, so that’s a key difference,” he says. “Snack Jack also has the Hungry Jack’s logo on his chest.”

It comes amid seperate by from McDonalds, that Hungry Jack’s has infringed its “Big Mac” trademark with a lookalike burger dubbed the “Big Jack”.