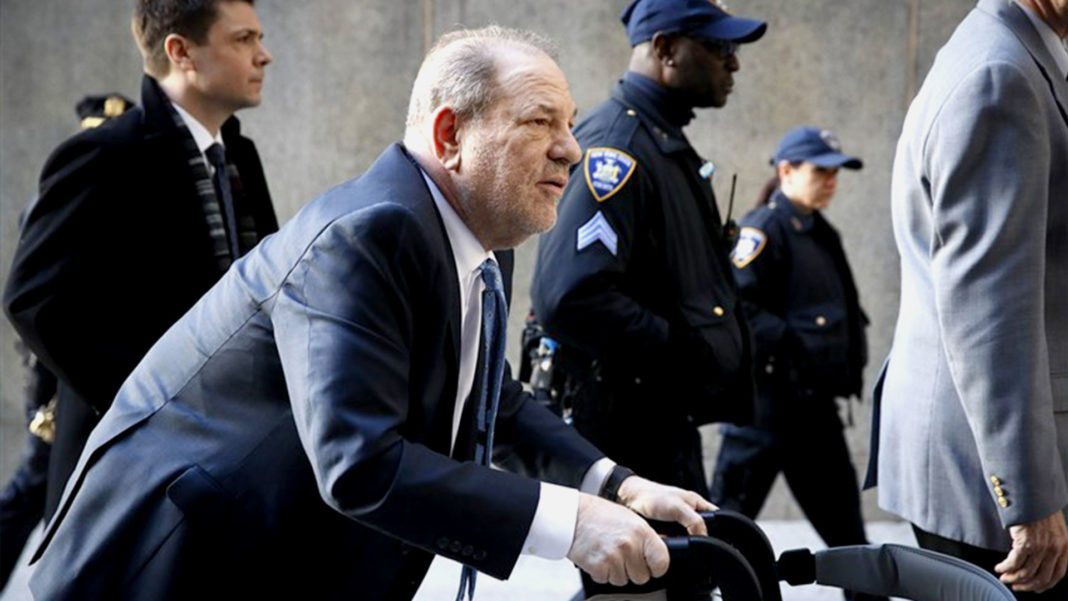 But Harvey Weinstein’s sex life is set to become even more intense.

“He’s a marked man,” one prison insider told DBT exclusively. “If he doesn’t need that walker now, he’ll definitely need it after one week in jail.”

Weinstein was sentenced yesterday to 23 years prison for sex crimes.

He could spend the rest of his life behind bars.

“It’s going to be a very hectic time for Harvey,” the prison insider tells DBT. “There’s a lot of pent up aggression in jail. Harvey will be copping it left right and centre.”

Lawyers for Weinstein argued that the 67 year old will be “completely defenceless” in jail.

But the judge presiding over the case said: “That’s the point.”