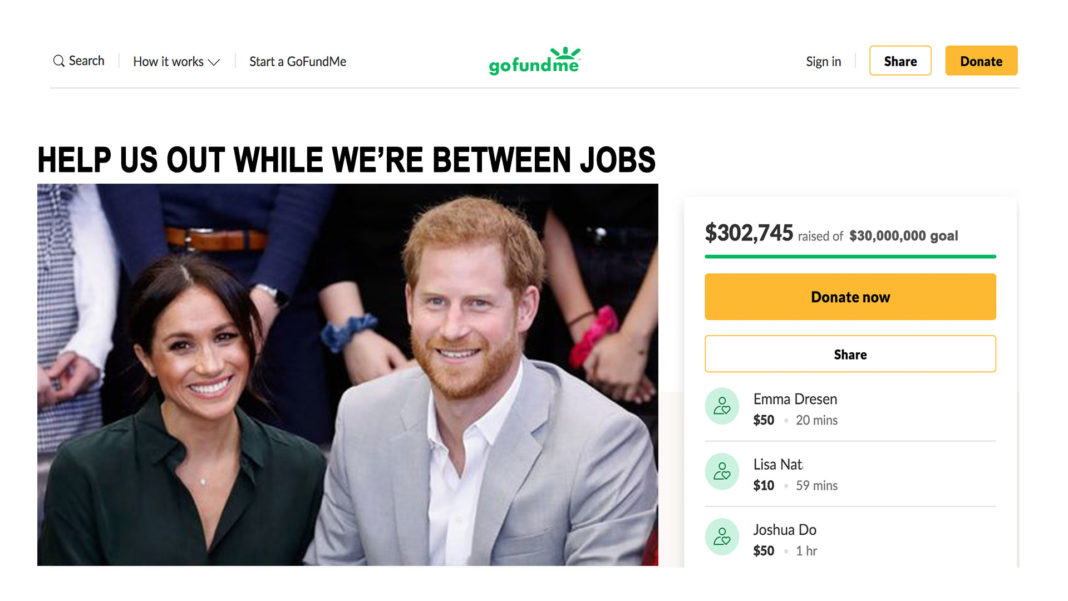 Less than four days after announcing they’re stepping back from senior roles in the Royal family, Prince Harry and Meghan Markle have launched a GoFundMe page.

“It’s just a short term initiative,” says Prince Harry. “We just need some funds while we are between jobs and raising a young child.”

As the couple prepare to divide their time between the UK and North America, they say they’re working towards becoming financially independent.

“It’s not going to happen overnight, and neither of us have jobs yet, so we need your help,” says Meghan Markle. “Please give generously.”

“We want to ensure we keep the lifestyle we’ve become accustomed to,” says Prince Harry. “As long as we hit our target by next month, we should be ok.”