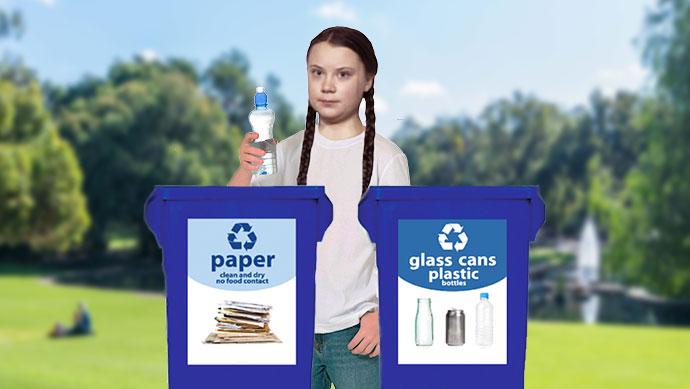 Climate activist Greta Thunberg has been photographed allegedly disposing of a plastic bottle in a paper recycling bin, in her home town of Stockholm, Sweden.

The above photo was shared with DBT by an Australian man who claims to have taken it while on holidays.

“She didn’t seem to check which bin she was throwing it in,” says Chris Spenser. “She was very nonchalant about it to be honest.”

But the 16 year old – who last week gave a rousing climate speech at the UN – denies the allegations.

“The photo was obviously taken while I was working out which bin was the plastic recycling one,” she says. “I can assure you I put it in the correct bin.”

While Thunberg isn’t able to conclusively prove her claims, environmental groups are jumping to her defence.

“Deep down we all know, it doesn’t matter which bin is used for which litter,” says activist Yenti Credle. “Almost all of it ends up in landfill anyway.”