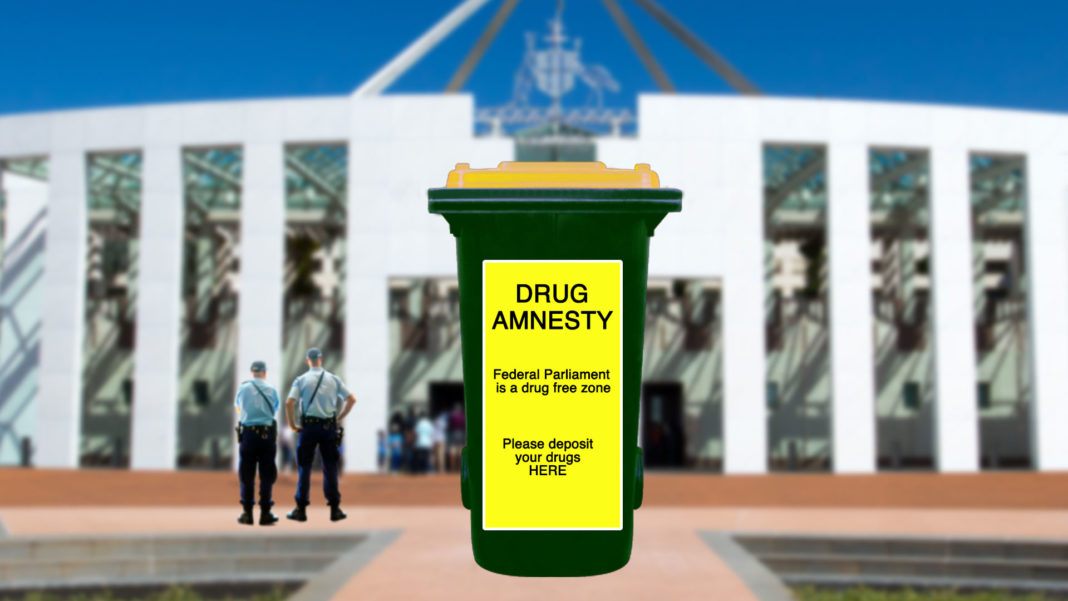 The Australian Greens political party is calling for drug amnesty bins to be rolled out at the main entry to Federal Parliament House in Canberra.

It follows the announcement yesterday that amnesty bins will be introduced at NSW music festivals to reduce the number of drug-related deaths.

“Our federal politicians are also at risk,” says Greens MP Phil Meagher. “We believe they should also have the option of throwing out their drugs before they start work.”

Phil Meagher claims that illicit drug use is rife within Parliament House, across all sides of the political spectrum.

“It’s time to acknowledge drug use among our politicians,” says Phil Meagher. “They work long hours. They need the assistance.”

The Greens are also calling for drug amnesty bins to be introduced outside the Sydney Police Centre at Surry Hills.

The proposal is expected to be discussed during question time at Federal Parliament tomorrow.