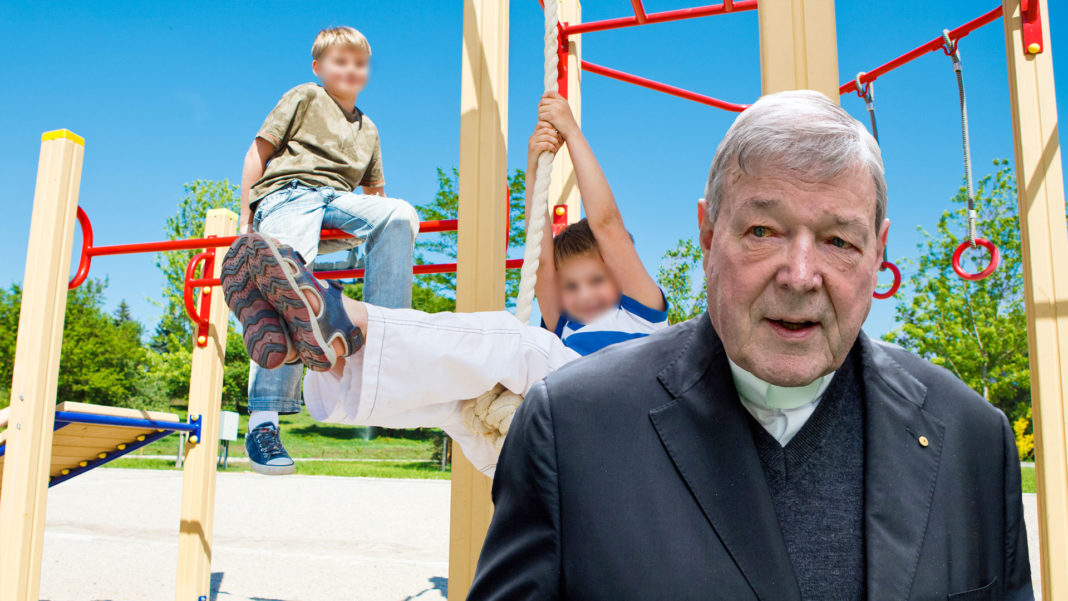 Hours after his release from a Geelong prison today, Cardinal George Pell has been fined $1000 for loitering unnecessarily in a local park.

Police on the scene say Cardinal Pell attempted to move within 1.5 metres of two young boys in the playground.

“So we fined Mr Pell and instructed him to remain at home at all times unless he has a reasonable excuse to leave.”

“Regrettably our legal system couldn’t convict him for child abuse, but at least we can get $1000 out of him.”