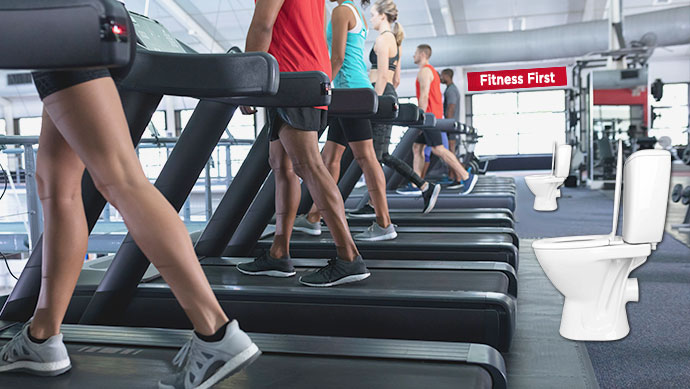 Gym chain Fitness First has announced its trialing toilet bowls next to treadmills in a bid to appeal to growing numbers of poo joggers.

“Not all poo joggers want to train outside,” says Fitness First CEO Tim Casey. “So we’re allowing them to feel the exhilaration of taking a shit inside, in front of other gym-goers.”

The toilet bowls have been installed next to selected treadmills at Kings Cross Fitness First.

“Runners can easily take a quick dump without even stopping the treadmill,” says Tim Casey. “If successful we plan to roll out the toilet bowls at other gyms around the country.”

“The latest poo jogging incident outside Roxy Jacenko’s Paddington office was the one which really re-enforced the need for a trial,” says Casey.

“But we’ve been watching the trend unfold with recent incidents in Brisbane, Pyrmont and Wollongong.”